Spherical – the eagerly anticipated debut long-player from multi-faceted Spanish producer, DJ and label boss Ian Axide – will be released on June 29, 2020 via his very own Emphatic Records imprint.

A career-defining moment for the now London-based artist, the ten-track Spherical opus marks Ian Axide’s most extensive and innovative body of work to date and pertinently showcases the inexhaustible creativity of one of the most prolific acts in underground techno right now.

Known for his highly experimental soundscapes and hard-hitting atmospheres, Ian’s uniquely underground treatment across the entirety of Spherical is both wonderfully dark and hypnotic, whilst maintaining the impressive quality of engaging the listener from the very start. Complete with incredible complexity, energy and intricacy across its ten-track duration, Ian capitalises on his innate ability to draw you into a dark, industrial construct, as he explores a remarkable array of timbres from across the techno spectrum. Preview and pre-order the full album here ahead of its Bandcamp release on June 29.

Speaking about the forthcoming release of Spherical, Ian commented:

“This is a very special moment for me. I’ve been making music for over two decades now, and have released countless EPs on some very respectable techno labels, but to unveil my first full-length studio album is something different altogether. ‘Spherical’ is a project that I’ve put my heart and soul into over the past two years, and to be releasing it on my own label, Emphatic Records, is a very proud moment indeed. I really hope people enjoy listening to it as much as I enjoyed making it”.

Ian Axide – Spherical will be released exclusively via Bandcamp on June 29 and will be subsequently available at all other online platforms from July 27. Preview and pre-order here. 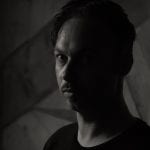