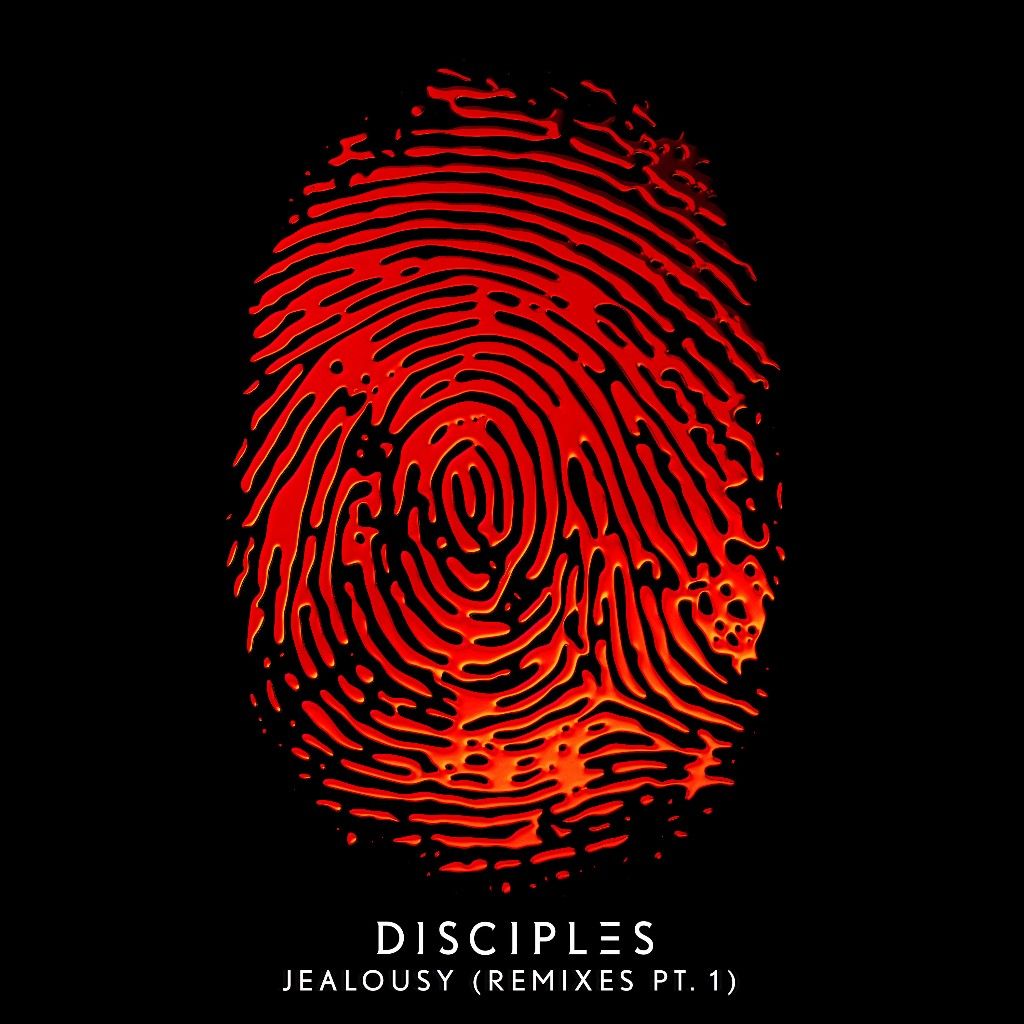 Taking things to a more dub-heavy feel, UK producer Special Request, who will support The Chemical Brothers at December’s Warehouse Project event, utilises looped vocal chops and piano chords to bring jungle elements to the original. The remix is a stark contrast to that of Jaden Thompson, whose own interpretation sees a rumbling bassline increase the tempo of the release. Rounding things off with deep grooves, Manchester producer TCTS laces his production with a progressive breakdown that is sure to prove a huge hit across dancefloors worldwide.

The remix package looks set to follow the melodic beat and crisp percussive elements displayed onDisciples’ dynamic original. Having garnered over 2 million streams since release, the original track has been added to the BBC Radio 1 playlist, with support from Scott Mills, Pete Tong, and Danny Howard as his ‘Future Anthem’, as well as being playlisted by Kiss Fresh. The original production of ‘Jealousy’ flaunts a rhythmic bassline, and is laced with the rich vocals of the trio’s very own Nathan Duvall.

Best known for their 2015 hit ‘How Deep Is Your Love’ (524 million Spotify streams) with global superstar Calvin Harris, Disciples have enjoyed a hectic summer schedule in 2017, performing at festivals across the UK and Europe including Reading & Leeds, V Festival, Creamfields and Tomorrowland, with their very own headline show at Camden’s KOKO just announced.

Headlining London’s famous venue on Thursday 22nd February 2018, the guys will step away from the decks and perform their dancefloor hits with a live band. Since selling out London’s XOYO last year for their debut UK tour, Disciples have shown immense development in their sound. With Duvall being the lead singer on their past two releases, he will be leading the live band at the show next February with his impressive range and distinctive vocals.

With ‘Jealousy Remixes Part 1’ set to build on the original track’s growing success, Disciples will also be dropping a second batch of remixes later this year with another exciting array of renditions. This first set of remixes drops just before their set at Warehouse Project this weekend alongside the likes of Gorgon City and Danny Howard. Disciples have established themselves as one of the UK’s most exciting crossover dance acts and their journey is one that continues to push boundaries.