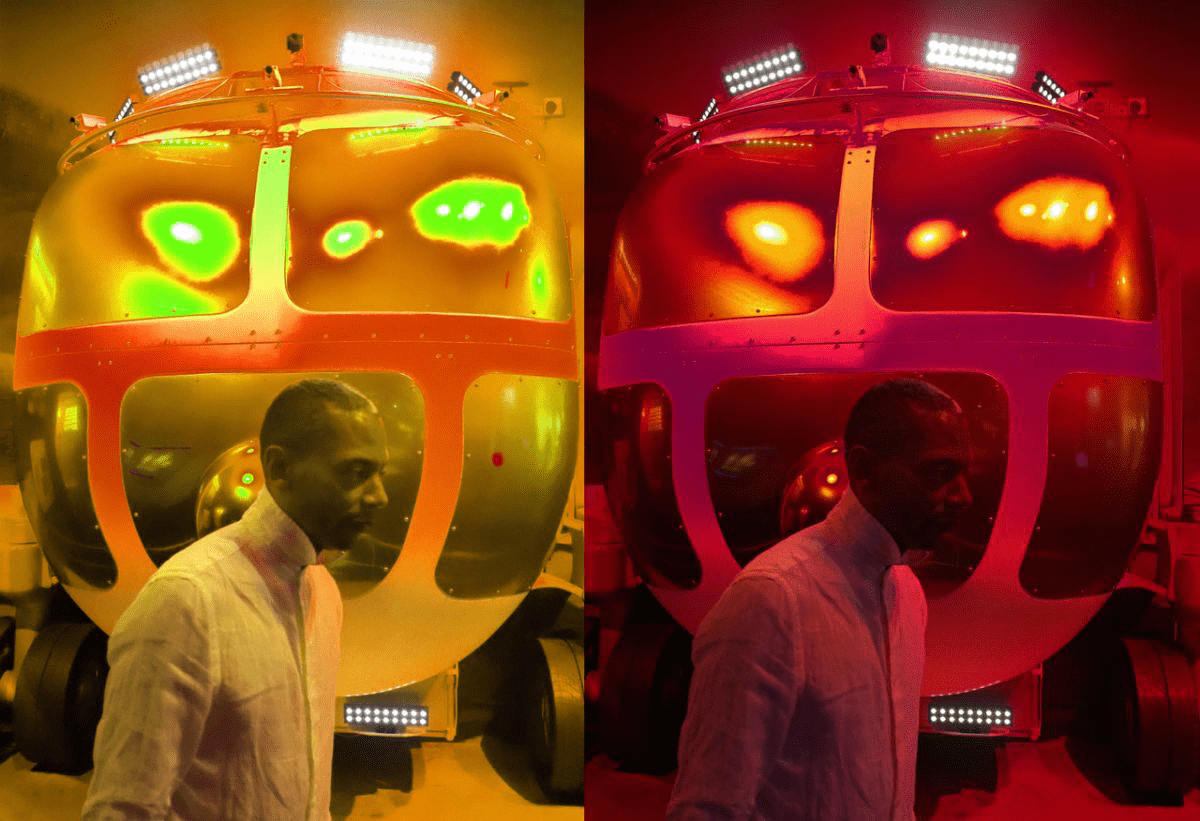 Jeff Mills presents at the exact time (16:17 US Eastern / 22:17 Central European) a live stream show of Moon – The Area of Influence, featuring the same titled album released on July 19, on his interpretations of Earth’s Moon.

The show will be available at:

only for 24 hours from the live broadcast.

Humans have a connection with the moon that is as long-standing as time itself. But what does this relationship mean? How has it been shaped over millennia and manifested within our very being to the fact that it is now something submerged within our DNA. The moon is intrinsic, not only in us but mother earth and all-natural beings within it. Take the humble sea turtle, a very solitary creature that only leaves the ocean to give birth. Upon doing so, the mother then returns to the sea leaving her egged young behind. When the time comes the hatchlings have to make their own treacherous journey from the beach to the water. They instinctively follow the moons glow and it guides them towards their sanctuary.

Come July 20th it will be 50 years since man first set foot on the moon, “to go where no man has gone before.” To celebrate, Axis Records is delighted to announce the release of Moon – The Area of Influence, an album by Jeff Mills on his interpretations of earth’s moon and its profound effects on us and the planet. He manipulates his futuristic sci-fi beats to act as a sort of enchiridion for the lunar rock. Mills hints at this through the artwork, by not including the moon so the focus can be solely on the influence it wields. The tracks are aptly named in interpreting the astral stone’s ramifications, what it means and how it has shaped an entire world, both physically and metaphysically. Evident from the beginning with ‘Control, Sattva and Rama’. This track includes a vocal from a NASA control room, the idea is to juxtapose this vocal with the title. Sattva is one of the three “modes of existence” in Hindu philosophy and Rama a Hindu god whose legend has been a huge influence on the life and thought of people. In such, the focus is not on the moon or getting there but what it means and how it affects people.

The moon is the source of light at night, it regulates the axis of the earth (‘Stabilising the Spin’) and it even regulates our sleep (‘Sleep-Wake Cycles’). Being the only bright object in the darkness, humans often gazed above and fantasied under the lunar influence. The moon impregnated homo sapiens minds and conceived ideas around religion and fiction, from pagan practices adhering to the lunar calendar to the feared werewolf transforming and ripping off your skin. The werewolf is not merely based off a fairy-tale, but the shapeshifting of the mind under the moon’s gaze, with many reports of ‘Erratic Human Behavior’ under the influence of a full moon. There are countless accounts out there attributing a complete moon to cases of lunacy, traffic accidents, crimes, and suicides. The word lunacy in itself is derived from the Latin word luna, which translates to moon.

The galactic object is essential to the survival of the planet. Its gravitational pull controls the tides, and without that, the planet’s complex life might not exist yet from its effects, which is portrayed in ‘The Tides’. It promotes growth, the high lunar tides filled Earth’s early oceans with the chemicals necessary for life to evolve under the influence of the Sun’s radiation. Our connection to the moon and its vibrancy has been prevalent since the beginning.