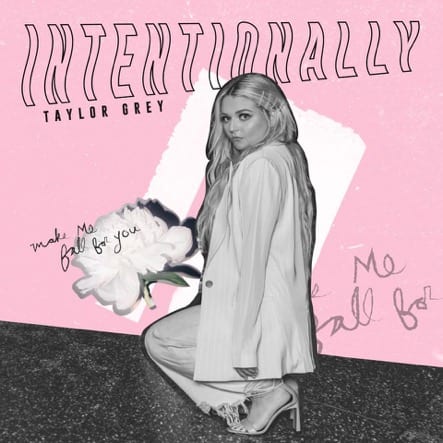 Fresh from supporting The Vamps on selected dates on their 2019 ‘Four Corners’ UK Tour, Taylor Grey has released a self-penned, brand new single, Intentionally (listen here) via Kobalt Music Group and she releases the video TODAY.

Reminiscent of Zara Larsson and Nina Nesbitt, the iridescent pop single, Intentionally, was produced by Nico Stadi (Justin Bieber, Lindsey Stirling) and mixed/mastered by Grammy-nominated producer Imad Royal (The Chainsmokers, Panic! At The Disco). Having already worked with some of pop’s finest; award-winning producer Josh Abraham (Justin Bieber, P!nk), Dave Kuncio (Selena Gomez, Alicia Keys) Oliver “Oligee” Goldstein (Foster the People, Christina Aguilera), and others, Intentionally is not the first production between Taylor and Nico. Nico along with Josh Abraham were the producers behind Taylor’s award-winning debut album Space Case (2018 IMA Pop Album of the Year).

On Intentionally Taylor nonchalantly sings “Baby I can’t ignore all the romantic sh*t you do…Ok, it’s cool I f*ck with you,” demonstrating sass and a modern-day twist on the classic love song, her powerhouse vocals sublimely intertwine with the subtle pop beats of the track. Taylor sheds some insight on the new single, sharing how she’s been waiting for the right time to release; “I’ve had this song in my back pocket for over a year and a half, always playing it live at shows, just waiting for the right moment to officially release it. Now, on the Four Corners Tour with The Vamps, couldn’t be a better time to do so.”

The new single Intentionally is available across download and streaming services. 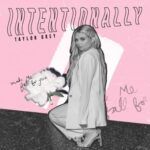