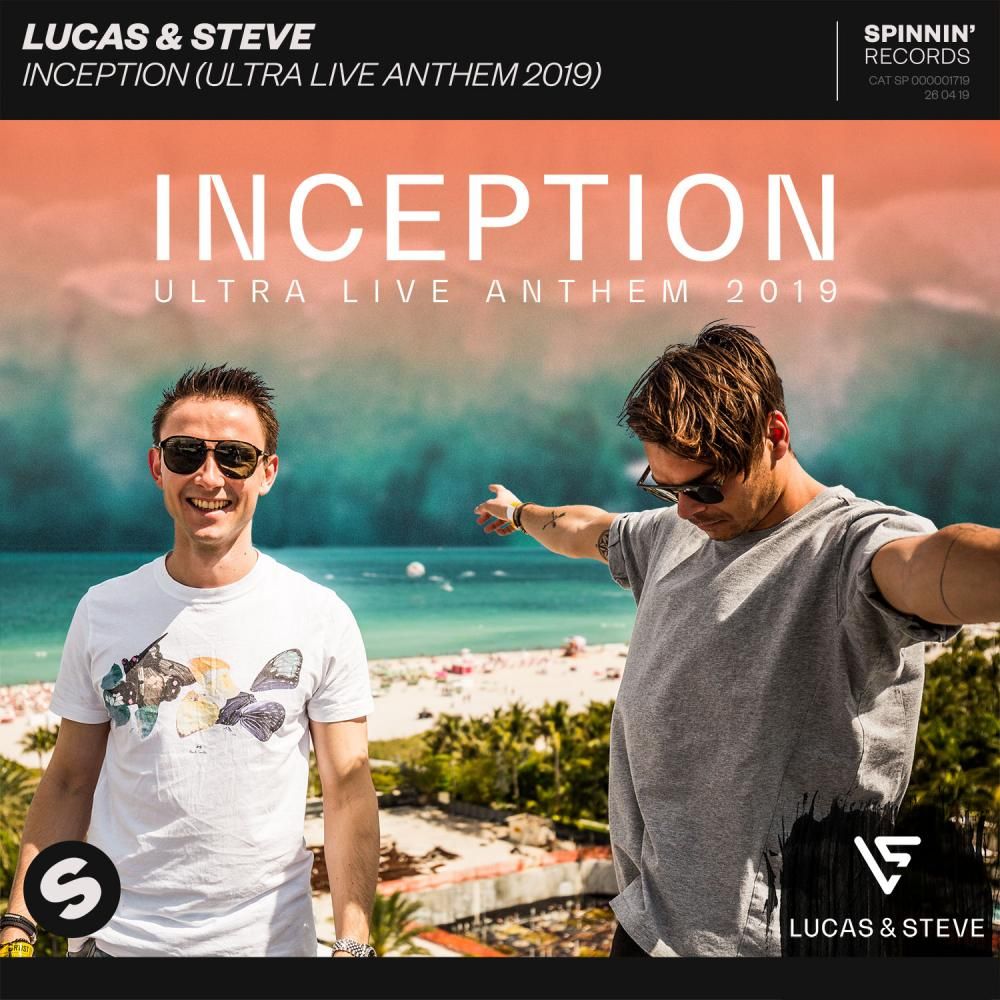 As DJ support and streaming figures have increased since Lucas & Steve entry to the scene, anticipation by now is high with every release. ‘Inception’ underlines it all, seeing the Dutch duo in full effect with an feelgood club tune that working up raw beats, infectious string melodies alongside jubilant chords and a hard-hitting future house drop. The result is nothing less than a catchy tune that’s bound to make waves among festival crowds – already supported by Afrojack, Blasterjaxx, Yves V and many more!

Lucas & Steve have been around the block for years already, known as one of dance music’s biggest tastemakers. Being responsible for quite some festival crowdpleasers the guys made it big with many festival and streaming hits, including 2017’s widely acclaimed single ‘Up Till Dawn (On The Move)’, turning into one of summer 2017 most favored tunes, counting over 32 million streams by now.

Last year the guys reached another peak with much praised performances at festivals all over the world, from Miami Music Week and their return to Tomorrowland’s main stage to gigs at Mysteryland, touring in Asia and USA, and of course the Amsterdam Dance Event, where they also hosted their own soldout event Skyline Sessions.

In the meantime, they kept on delivering party gems as steady as the clock. From club tracks like ‘Source’ and their ‘Skyline Worldwide’ EP to pop hits like ‘I Could Be Wrong’ (featuring R&B singer Brandy), ‘Where Have You Gone (Anywhere)’, ’Say Something’ and recent hit record ‘Don’t give up on me’ with Armin van Buuren.

The Dutchmen have clearly secured their position among the ranks of the most renowned future house creators in the genre as their tracks have received support from the likes of fellow veterans such as Armin van Buuren and Don Diablo. With a fully packed touring schedule, including multiple appearances during Miami Music Week, along with a myriad of singles and collaborations ready for release, Lucas & Steve are primed to excel towards the next phase of their careers in 2019.