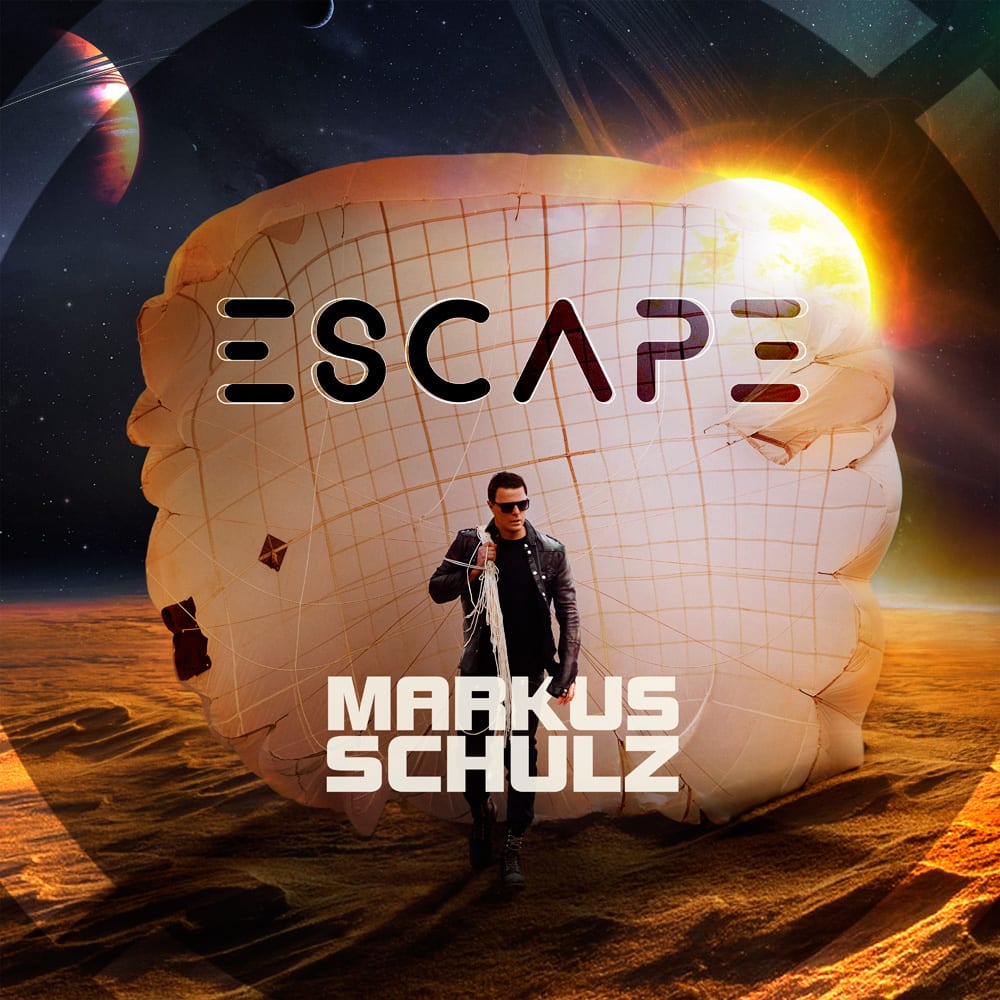 That the eighth album from Markus Schulz is arriving in extraordinary times scarcely needs saying. Some already have – many more will. It’s the direction that artists chose to take with that wealth of additional production time that’s now providing the real insights.

By way of example some might’ve imagined that Markus would take our harder times as the artistic cue to re-don his Dakota mask as he last did in the winter of 2017. What’s established inside the first three tracks of ‘Escape’ – his new artist album out Sept 25 – however is that he’s headed it in almost entirely the opposite direction. Topping even the headily life-affirming heights of 2018’s ‘We Are The Light’, he’s delivered his most heartening, elevating new music assembly to date.

With ‘up’ its sole goal, Markus has put together a singer/co-writer teamsheet that feels instinctive in choice and proves (by virtue of his accrued studio years) alchemic in outcome. Drawing on talent new & established, it splits its productions between solos, first-time debuts and collaborative reteams, developing in turn an album that tonally reaches all the way from the eclectic to the mainstream.

Naturally it includes Markus’s most recent single dispatches: ‘Indestructible’ & ‘In Search Of Sunrise’ with Adina Butar, April’s ‘Are You With Me’ and ‘Feel Alive’, with London Thor & Valentino Alessandrini. It further features 11 previously unheard Schulz cuts, including numbers with HALIENE & Christina Novelli, as well as first time artistic partnerships with Roxanne Emery and Christian Burns.

Of the album and its release circumstances, at the start of September Markus took to Facebook to share his thoughts. “This year he says has undoubtedly been unprecedented due to the pandemic we are living through, and every day begins with a wish for normality while we battle anxiety and worries. As artists and DJs, we’ve all had to be creative in order to stay connected with you while the clubbing scene remains closed. And all of these little musical things I hope act as a means of escape from the outside world and daily struggles, even if it’s just for a little while.

It is for that reason that I am proud to announce that my next artist album is indeed titled ‘Escape’, and you’re going to hear some of my soundscape visions like you’ve never heard them before, and indeed, never seen them before. ‘Escape’ arrives on Friday September 25th, and in conjunction with the album, I’m going to be virtually taking you to some of the most breath-taking and stunning scenic locations to perform live.”

And that’s exactly what Markus did, tackling the challenge of the-DJ-debuting-their-album by reimagining the very essence of ‘the tour’. From the deserts of Sedona, Arizona and Utah’s Moab to iconic spots like Colorado’s The Rockies and Route 66, over the last month Schulz literally set the album’s scene. Playing sets framed by some of the most awe-inspiring and emotionally elevating sights the United States has on offer, they provided the perfect backdrop-escape for ‘Escape’. Episode 1 of his mix-tour (Escape To Sedona) launches online October 1, with new episodes dropping weekly throughout the Fall.

‘Circles Around Me’, ‘Blue Dream’ and ‘Sunday Chords’ add calmer, but no-less-optimistic notes to the album’s stitch. Its triumphant one-two closeout however is reserved for a dual-collaboration-debut, with Markus working alongside Christian Burns on ‘Wait For You’ and Roxanne Emery on its swansong, ‘Gold Dust’.

Extraordinary times call for extra-ordinary albums and the eighth collection from Markus Schulz is that to-its- core. The creative turbo-charge that is ‘Escape’ is out Sept 25 and available through all good streaming & sales platforms here. (https://markusschulz.complete.me/escape)