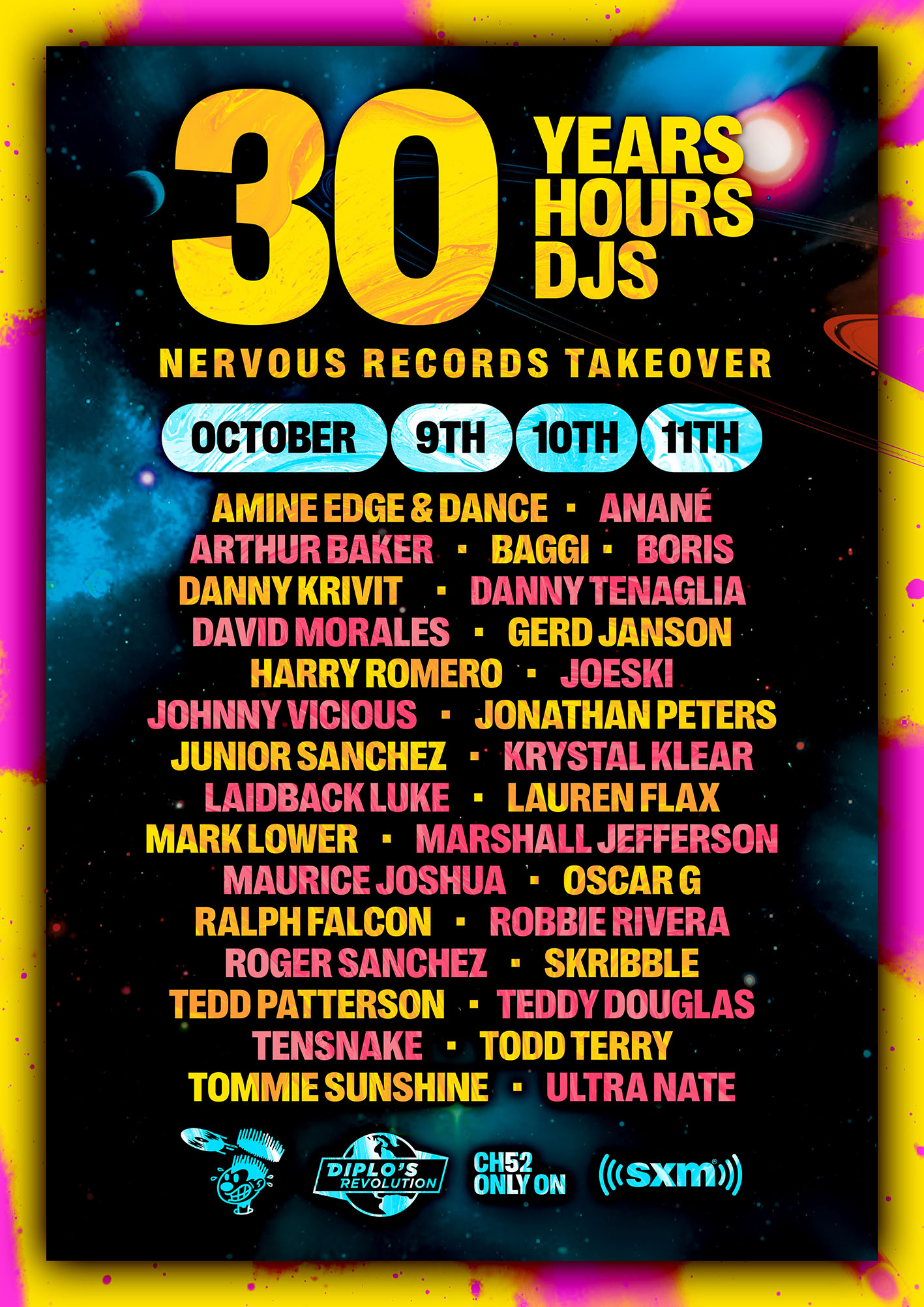 Legendary US label Nervous Records celebrates 30 with a national broadcast on SiriusXM’s Diplo’s Revolution of 30 mixes by 30 of the imprints most inspirational DJs. The broadcast will stream live across the North American continent on October 9 through 11.

Synonymous with the rise of house and electronica from the streets of New York and beyond, Nervous Records has more than stood the test of time, standing head and shoulders on a discography that now boasts an incredible three decades’ worth of music.

As expected, the list of artists involved reads like a veritable who’s who of dance music. Some of the most revered godfathers of the genre line up against exciting newcomers who promise to usher in a fourth, and fifth, decade of Nervous Records. Lauren Flax, Amine Edge & DANCE and Mark Lower rub up against the likes of David Morales, Tedd Patterson, Danny Tenaglia, Ultra Naté, Roger Sanchez, Harry Romero, Danny Krivit, Tensnake, Oscar G, Ralph Falcon and more.

The three-day takeover on the world’s biggest dance music platform lands just after ‘Nervous Records: 30 Years’ hits the global streaming DSPs, and in the middle of its official two-part vinyl release. The double LP will include originals of Nervous Records’ most lauded singles, accompanied by remixes that bring the tracks bang up to date for 2021. Artists featured on the album include Louie Vega, David Morales, Radio Slave, Tensnake, Darius Syrossian, Sandy B, Kim English, Danny Howard, Innervision, Byron Stingily and more. 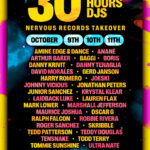