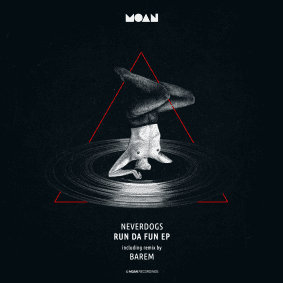 Neverdogs return to Moan as they close out July with their ‘Run Da Fun’ EP, accompanied by a remix from Barem.

With a career dating almost 20 years, Italian duo Marco De Gregorio and Tommy Paone, aka Neverdogs, have firmly asserted themselves as one of the most exciting and consistent duos in the scene today – with notable releases via the likes of Deeperfect, Roush and Oblack, and residencies at Music On and The BPM Festival, whilst also adding the title of ‘label owners’ earlier this year with the launch of their fledgling Bamboleo Records imprint. Having recently released their debut album ‘Details’ on home turf, here we see the duo make an impressive return to Moan this July as they deliver two fresh tracks in the form of their ‘Run Da Fun’ EP, backed by a remix from Argentinian talent Barem.