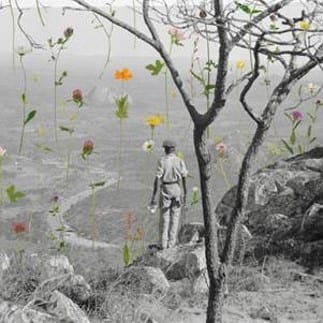 The single is the first track from Nouvelle’s upcoming EP which is out 7th February 2020.

Inspired by his time spent touring around Eswatini and Mozambique, ‘Milambi’ is a pulsating house track with intricate layers of afrobeat groove. Sun kissed textures dance across infectious tribal rhythm whilst Kidjo’s beckoning vocal leads the way with harmonious authority. The track’s foundations are made from extracts from Hugh Tracey’s extensive library of ‘African field recordings’ which looks to reinvigorate traditional African cultural for a modern audience. ‘Milambi’ is Nouvelle’s first release of 2020 after a busy year touring and putting out two mini album projects (‘Piano Pieces’ and ‘Atlas Internet Café’).

With ‘Milambi’, Pablo has recruited three-time Grammy Award winner Angélique Kidjo. A creative force and with thirteen albums to her name, Time Magazine referred to her “Africa’s premier diva”. The BBC has included her in its list of the continent’s 50 most iconic figures, and in 2011, The Guardian listed her as one of their Top 100 Most Inspiring Women in the World. Angélique also travels the world advocating on behalf of children in her capacity as a UNICEF and OXFAM goodwill Ambassador. She created her own charitable foundation, Batonga, dedicated to support the education of young girls in Africa.

Since launching in spring 2016, Beating Heart has been at the forefront of African-electronic sounds, revising forgotten folk recordings for the global dance floor with the help of some of the world’s most innovative electronic artists. With exclusive access the world’s largest collection of vintage African field recordings via the International Library of African Music (ILAM), it boasts one of the most unique sounds in modern dance music. The label has released over 60 tracks, remixed by the likes of Rudimental, Goldie, The Busy Twist, Auntie Flo, Nabihah Iqbal, Ibibio Sound Machine, Muzi, Luke Vibert, Clap! Clap! My Nu Leng and the legendary Angelique Kidjo.  ​

YOU CAN FIND PABLO NOUVELLE ONLINE:

YOU CAN FIND ANGÉLIQUE KIDJO ONLINE: 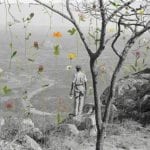