Revered Austrian musician Parov Stelar makes his return to the release radar yet again with his latest full-length album ‘Moonlight Love Affair’. The 13-track electro-swing LP includes previous acclaimed lead singles from throughout the year such as ‘Candy Girl’, its Late Night Mix, ‘AKH Odessa’, ‘Toxic Lover’, and ‘FIRE’. An exclusive NFT collection is also paired alongside it in cooperation with Flowtys, boasting a unique cartoon-like character dancing similar to Cab Calloway for each song, in addition to other exclusive features. Out now via the creative force’s very-own imprint Etage Noir Recordings and Le Plan Recordings, ‘Moonlight Love Affair’ is available to listen to across all streaming platforms.

Kicking things off, ‘Candy Girl’ begins the album with a French vocal from Vallemarie, and is quickly followed by the piano and Stelar’s signature propulsive production. Replete with hard-hitting sensibilities and an atmospheric sonic touch from start-to-finish, the four-on-the-floor tune serves as a perfect start to the 13-track LP.

Stelar’s rework of the 2018 hit ‘AKH Odessa’ takes the reins next, and prominently boasts a flawlessly-executed vocal performance from The Russian Gentlemen Club. The reimagined tune has a fast paced tone and a propelling ambiance that doesn’t ever let up. In all, it showcases Parov Stelar’s impressive versatility in the studio.

‘Toxic Lover’ directly follows, and sees the talent tweaking the now TikTok famous 1964 hit ‘Remember – Walking In The Sand (The ‘Oh No’ Song)’ from The Shangri-Las. Providing it with a more consistently upbeat energy, the newly-revised production serves as a superb remix.

‘Fire’ is a heady original production rife with energy and emotion. Cerebral and haunting, the tune has a plethora of instrumentation on full display, in addition to Parov Stelar’s serrated synths and a flowing vocal performance that commands the listener with ease.

‘Black Bird’ sees Parov Stelar joining forces with French singer/songwriter Mani Hoffman, who lends his melodious vocal ability from start-to-finish. The song begins with a western-like ambiance, and is followed by a series of synths and rolling basslines, in all serving as a quintessential addition to the LP.

‘Golden Dawn’ is next, and begins with soaring trumpets and a pulsating beat. The vocal glides throughout the entirety of the track, and is put together perfectly with the palpably raw, rising tension. In all, the anthemic opus is a prime follow-up to its predecessors and effortlessly sets the tone for the rest of the album to follow.

Following, ‘Dirty Mariposa’ possesses a one-of-a-kind mix of genres, including jazz, swing, and electronic music. Harkening back to the very early days of dance music, it truly makes one feel as if they’ve stepped back in time.

‘Venom’ is a nightclub-ready masterpiece, full of infectiously high energy and an intoxicating flair much unlike anything before it. Sprightly and fun, the single is exactly what one imagines when thinking of Parov Stelar and his body of work.

The album’s focus track, ‘Better Believe’, once again features vocal from Mani Hoffman, serving as a direct follow-up to his feature on ‘Black Bird’. This time around, the singer’s vocal has a central emphasis placed on it, relaying its core message through his rich lyricism. “Love is all we got”, is repeated throughout, leaving the listener with a newfound optimism and desire for even more sonic magic courtesy of the inimitable duo.

‘Toy Boy’ carries with it the same western-esque tone that ‘Black Bird’ boasts, a sound that Parov Stelar uses it to propel one throughout the propulsive track’s approximately three-minute runtime. Overall, it’s a lively blend of enticing sounds that encapsulates the essence of ‘Moonlight Love Affair’.

‘Lights Off’ features singing from multifaceted Los Angeles-based artist Anduze, and starts with a retro ‘80s-like beginning portion. Disco-influenced, the groovy endeavor has a commanding vocal performance and an energetic quality that makes it stand out.

The penultimate single, ‘Above The Ground’, has Avec on vocals, canorously providing the album with a mellifluous aspect. Near the end, the pace slows as the production fades, with Avec rounding out the song beautifully.

Finishing the album, the Late Night Mix of ‘Candy Girl’ sees the stalwart upending its source material completely, instead opting for a more fast-paced version of the tune. Several buildups raise tension until the eventual hefty bass drops ensue, lighting dancefloors around the world ablaze with a fiery energy.

ABOUT MOONLIGHT LOVE AFFAIR: PAROV STELAR X NFT FLOWTYS — First of its kind, the limited 10,000-piece collection features auto-generated music and video NFTs, new to the world of Parov Stelar. Each of the 13 tracks are included with special cover art, as well as 9,987 generative songs and videos, each with its own rarity scale. Flowtys characters, designed by founder DD, will dance like Cab Calloway to each track, and the rarest options include chances to attend a Parov Stelar show with a plus-1 each year, as well as a potential annual VIP passes with a plus-1. Released on April 24th, the NFT collection is now available via the official Parov Stelar website — moonlightloveaffair.com

ABOUT PAROV STELAR — Marcus Fuereder, know professionally as Parov Stelar, is an established Austrian musician who has pioneered the ‘electro swing’ genre since his debut EP ‘Kisskiss’ was released in 2004. Over time, his work has been featured in various movie and TV shows, as well as advertisements for Audi, Colgate, Google, Target, and many more. To-date, he’s released ten full-length albums and over twenty EPs, with staunch support stemming from Klingande, Lady Gaga & Tony Bennett, and Lana Del Rey, to name just a few. He’s also graced the decks of venerated events such as Coachella, Glastonbury, Lollapalooza, and more, with an upcoming summer 2022 European ‘Venom’ tour in the works as well. The chart-topping act has also pursued other mediums such as visual art, having recently presented a summer museum exhibition last year with 25 large-format paintings in his hometown of Linz. Additionally, his 2012 hit ‘Booty Swing’ has been officially implemented into the TikTok app in-full, playing each time one chooses the ‘Hollywood Makeup Effect’, a highly impressive feat for any musician. 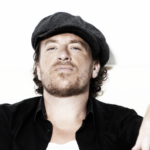