Pop, Rock or Indie: These songs help your plants grow most 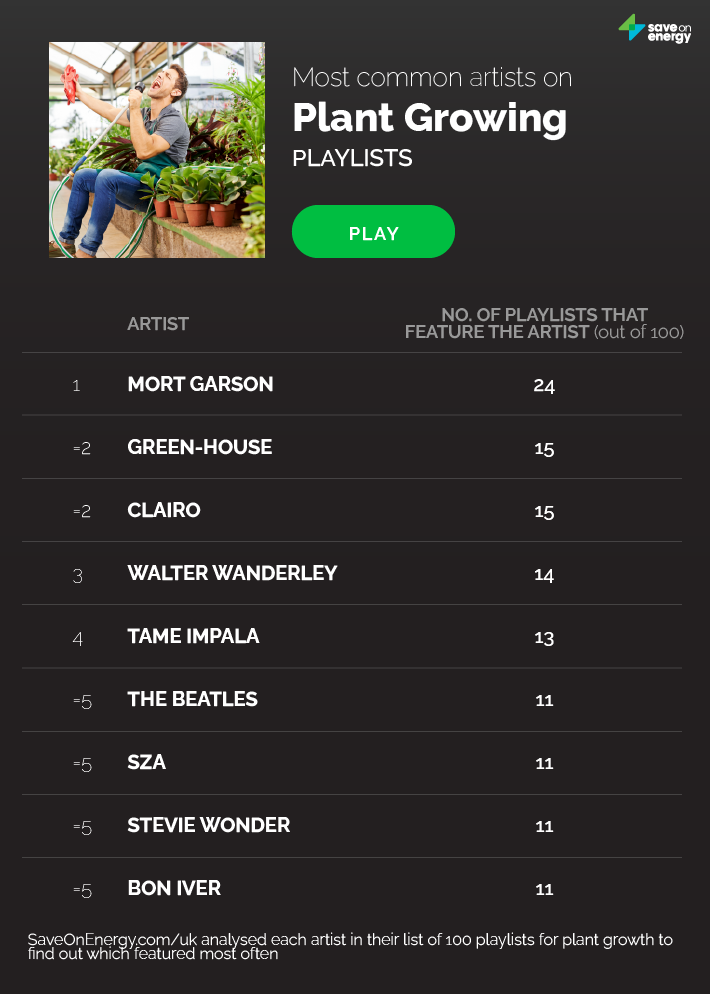 Pop, Rock or Indie: These songs help your plants grow most

It has long been debated whether playing music to your plants can aid their growth, and which specific songs or genres might be most successful at it. To find out what the public think, SaveOnEnergy.com/uk took to Spotify to find the perfect plant-growing song based on existing playlists designed for growing plants.

They looked into which music genres, songs and artists were most common in 100 plant-growing playlists on Spotify, as well as finding the average BPM and length of songs.

SaveOnEnergy.com/uk can reveal that the ideal plant-growing song has a tempo of 114 BPM, lasts an average of 4 minutes, and is pop.

SaveOnEnergy.com/uk found that the most common genre used for growing plants is pop! Out of all artists featured on the playlists, 1,233 were pop artists.

In second place is indie folk with 733 featured artists, followed closely by indie pop with 721.

Stomp and holler takes seventh place – a niche category introduced by Spotify which features artists such as Ed Sheeran, The Lumineers and Mumford and Sons.

The most common artist used in playlists for plants is Mort Garson, featuring in nearly one quarter of all playlists analysed (24). He was a Canadian composer, thought to be one of the pioneers of electronic music in the 1960s and 70s.

Joint second are Green-House and Clairo, both featuring in 15 playlists. Green-House’s target audience is both plants and people!

Third is Walter Wanderly who shows up in 14 of the 100 playlists, followed by Tame Impala with 13.

Joint fifth place goes to The Beatles, SZA, Stevie Wonder, and Bon Iver! Each artist featured in 11 of the playlists.

Rounding off the top 10 artists, is Lana Del Rey, whose songs feature in 10 of the playlists analysed.

SaveOnEnergy.com/uk can also reveal that the songs we use most for growing plants are from Mort Garson and Green-House! 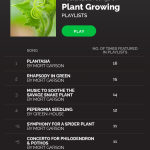 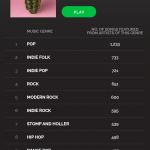 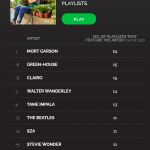