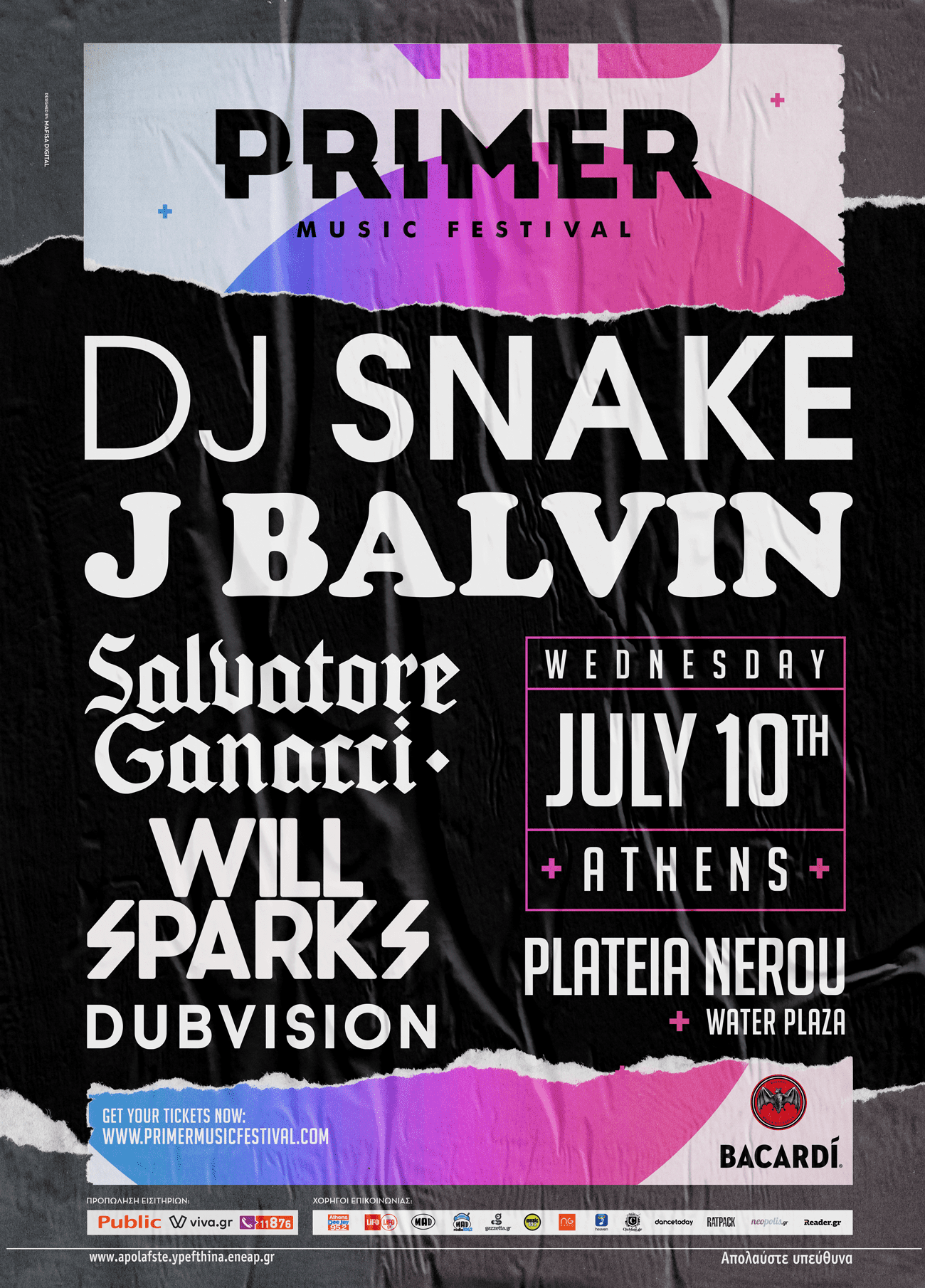 Primer Music Festival returns this summer and has curated a line-up featuring some of the principal leading figures within the music industry, from the likes of J Balvin and DJ Snake, to Salvatore Ganacci and Will Sparks for their electrifying 2019 festival.

As Greece’s biggest dance music festival, it’s situated just ten minutes outside of the country’s capital, Athens, at Plateia Nerou (water plaza) alongside stunning landscape of the Aegean Sea. Primer Music Festival is also in touching distance of the city’s world-renowned 5th-century BC landmarks and ancient structures. With the arrival of a selection of modern-day dance music figures, the former capital of Ancient Greece is sure to fizz with intense energy come July 10th as Athenians and international festival fans come together to celebrate the Greek summer.

Enlisting two colossal names, DJ Snake and J Balvin, for the headline guests, Primer Music Festival are raising the stakes and ensuring its attendees of another successful event that will live long in the memory. Colombian reggaeton singer J Balvin is a chart-topping recording artist whose polished urban singles (‘Yo Te Lo Dije’ and ‘Mi Gente’), and multi-platinum-selling albums (including 2012’s La Familiar) have made him a top-tier Latin pop crossover act. His numerous number one singles (multi-platinum album sales and hit videos that have garnered over ten-billions views) have made him one of the most recognisable members of the second generation of reggaeton artists and a trendsetter for a new generation! Known for a style which merges R&B and Reggaeton with a modern twist, J Balvin is presently the 4th most streamed artist on Spotify and has become one of the most sought-after names in the music scene.

Over the last few years, Paris-born DJ Snake has been an ever-present name in the international singles charts. From his recent megahit ‘Taki Taki’ with Selena Gomez, racking up over 1 billion Spotify streams on ‘Let Me Love You’ with Justin Bieber, and least we forget the multiplatinum anthem ‘Lean On’, where he worked alongside Major Lazer and MØ, he is a true megastar built from raw talent and continues to push his trajectory into the stratosphere.

This year’s Primer Music Festival line-up also includes Salvatore Ganacci. Renowned for his experimental sound – big room, dance hall and modern pop music – Salvatore has appeared at many of the scene’s biggest and best festivals and club events that include Bråvalla Sweden, Tomorrowland, Belgium and Ushuaïa Ibiza. Will Sparks has been named one of Billboard Magazine’s most exciting young talents and has previously been voted Australia’s #1 DJ. The best-known export of Melbourne bounce, Will’s profile continues to grow on the global scale. Dutch duo, DubVision, who have had the backing from some of the biggest DJ’s like Hardwell, David Guetta and Tiësto, are confirmed to also feature on the billing and will be bringing their unique big room approach to Athens’s party crowd.

Following last year’s triumphant event that featured Don Diablo, Steve Aoki and Lil Pump to rapturous crowd of up-for-it party goers, Primer Music Festival is back in 2019 for another round of the wildest, dance party in the whole of Greece. 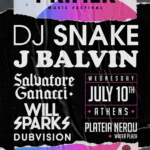