R3HAB partners with acclaimed singer/songwriter Ella Vos for their new single “Exhale,” an electronic ballad that combines the best of dance and indie-pop music. Featuring soft, rolling basslines and dreamy soundscapes, “Exhale” lets Vos’s velvety vocals genuinely shine as she belts out lyrics that make the heart both break and soar at the same time. Although this track is a departure from R3HAB’s usual sound, the genre-crossing single is one of his most masterful to date. “Exhale” is his first official collaboration with Ella Vos, though he also remixed her popular single “White Noise” in 2017. Vos was truly introduced to the world when “White Noise” went viral and hit number one on Spotify and the Hype Machine, and she has since been praised by the likes of Rolling Stone and Neon Gold for her ethereal style. The single follows R3HAB’s “Alive” with Vini Vici and his remix for James Arthur’s “Treehouse.” “Exhale” is out worldwide via CYB3RPVNK in partnership with AWAL.

“After I remixed Ella’s ‘White Noise‘ we built a relationship that has lead us to this original relase of ‘Exhale.’ Ella’s amazing vocals were all I needed to build a great production around. I am very proud of the result and can’t wait for the world to ‘Exhale‘ with us.” – R3HAB

Over the last seven years, the Dutch/Moroccan artist Fadil El Ghoul – better known as R3HAB – has established himself as a leader at the forefront of modern electronic music. His talent has been called the “future of the craft” by the likes of Forbes and Billboard, and he’s circuited the globe’s best clubs and festivals all without the backing of a formal record label. In 2017, R3HAB independently released his debut album “Trouble” through his imprint CYB3RPVNK, which amassed over a half-billion streams globally and officially placed R3HAB among electronic music’s heavy hitters. He made number 12 on DJ Mag’s Top 100 list in 2018, topping the charts with tracks like “Lullaby” and “Hold On Tight,” while his sophomore album “The Wave,” revealing more complex, emotional and experimental layers of himself, has amassed over 250 million streams on Spotify alone. In 2019 R3HAB’s “All Around The World” with A Touch of Class quickly became his biggest ever record already topping 200M streams across platforms and achieving gold & platinum status in 8 countries.

Ella Vos has quickly become one of the most exciting new acts in pop music. Beginning with her viral hit “White Noise,” Vos has hit number 1 on both Spotify and Hype Machine’s Viral Charts. Acclaimed for her dreamy soundscape and praised by the likes of Rolling Stone and Neon Gold, her debut album “Words I Never Said,” and her follow-up EP “Watch & Wait” have received over 250 million streams independently. With sold-out shows across America, Ella Vos’ songs have soundtracked ABC’s “Grey’s Anatomy,” MTV’s “Catfish,” E!‘s “Life of Kylie” and The CW’s “The Originals. 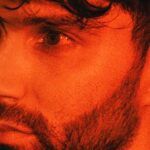