UK singer-songwriter Becky Bowe has released the ‘Don’t Darken My Door’ remix by renowned progressive house producer Peer Kusiv on the 5th of June via Two Bridge Recordings. Hailing from the German port city of Kiel, Peer Kusiv has remixed the likes of Michael Jackson, Kelly Clarkson, Jake Bugg, Passenger and Robin Schulz and received support from channels such as ElectroPosé, The Sound You Need, The Vibe Guide and Délicieuse Musique as well as publications such as Dancing Astronaut, and Earmilk. Labels such as Kittball, Einmusika or Parquet-Recordings have been treated with EP’s and remixes of his work while the producers’ unique style has earned him much respect in the music industry as well as over 43 million plays across streaming platforms. As a result, Peer Kusiv has performed alongside notable acts like R3hab, Steve Angello, Sigma, Oliver Heldens, Flume, Milky Chance, Bakermat and Dimitri Vegas & Like Mike at prominent festivals such as the acclaimed ADE.

Raised in a little town called Knaresborough, Becky Bowe has lived in the town of Harrogate. The original, ‘Don’t Darken My Door’ reached Number 8 in the UK iTunes Singer/Songwriter charts whilst her latest single ‘Don’t Darken My Door‘ premiered via CLASH Magazine. Becky Bowe is one of the Leeds Contemporary Singers who won BBC’s Pitch Battle in 2017 and sang alongside the likes of Will Young and Kelis. Bowe has since been featured on BBC Introducing York as well as appeared as a backing vocalist for the BBC Show This is My Song and sang in Gareth Malone’s BBC Two series The Choir.

Taking influence from a wide variety of genres ranging from classical music, jazz and pop to thumping 90s Euro techno, Peer Kusiv places a progressive house spin on Becky Bowe’s ‘Don’t Darken My Door’. The result draws comparison to the likes of Avoure and Durante while maintaining individualistic integrity.

Embracing Becky Bowe’s impressive vocals and taking the opportunity to play with and distort them, Peer Kusiv steers away from the original soul-pop aspects of the track and take it into progressive house territory. The use of organic and percussive instruments paired with electronic soundscapes provides a personal element to the single that creates a powerful hook. Developing an enthralling bassline build that maintains a steady rhythm throughout, Peer Kusiv takes the tried and tested classical elements of house music production and displays them in modern ways.

Speaking of his inspiration behind the track, Peer Kusiv tells us, “When I first heard Becky Bowe´s ‘Don´t Darken My Door’, I thought about turning this major-feeling pop tune into something warm, electronic and a more atmospheric piece of music. I tried to bring some moody layers of different pianos and pads together with some more forward going four to the floor beats. In the break parts of the song, I used a Xylophone to underline the overall mood. For me, the goal was to keep the sound deep and warm, but at the same time energetic and club related.” 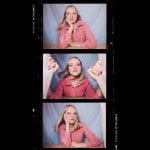