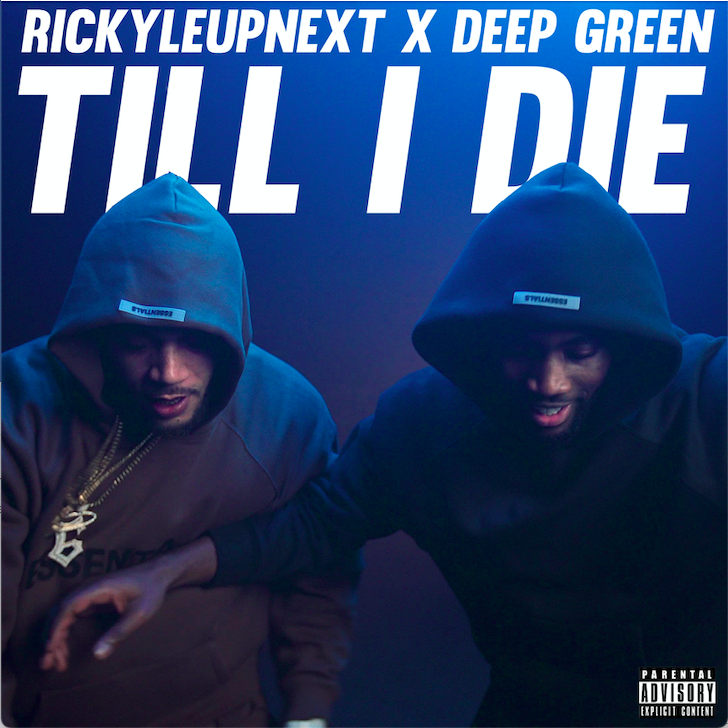 Upcoming Sheffield rap star Rickyleupnext releases new single ‘Till I Die’ featuring one of the Guardian’s titled ‘biggest hitter outside the M25’, Deep Green. The single is the latest in a stream of increasingly hot releases from the ‘one to watch’ rapper that continues to define his sound.

Having already collaborated on Deep Green’s January single ‘On Me’, the favour is returned as Deep Green jumps on board for ‘Till I Die’. Bringing two opposite tones to the record, Rickyleupnext delivers a casually dexterous and melodic hook as he weaves in and out of soulful singing before laying a heavier rap flow for his verses. Meanwhile the unmistakable, signature tones of Deep Greens voice reverberate through the record for his swaggering rap flow. Mixing moody trap production with brutal honesty, ‘Till I Die’ explores the rappers’ bold personality and penmanship with trap life bars.

Starting out as a promising basketball player who played for England, as well as for Sheffield Saints, Sheffield Arrows and his home county Yorkshire, Rickyleupnext’s passion for music soon took his career in a different direction. Whilst studying at college and spending his spare time in the studio, he began to explore his musical talents and was soon plugged in to the thriving local music pool. Standing out as an example of the maturity of regional rap scenes, the single was inevitably going to happen. Hailing from Upperthorpe in Sheffield, the pair share their hometown and have a well-seasoned musical friendship that began with one of Rickyleupnext’s first track appearances on the 2017 release of Deep Green’s ‘Money’. The collaboration saw the pair perform the track live together for DJ Charlie Sloth’s ‘The Plug Tour’ at Sheffield’s O2 Academy leading to an explosive start for Rickyleupnext’s career. Continuing to release online videos and singles, he has built a sturdy collection of music that includes ‘Know That’, ‘Wife’, ‘Hood Celebrity’, ‘Fly Boy’ and ‘Bueno’, each of them helping to evolve and hone his own musical style.

Representing the dynamic spectrum of today’s musical tastes and styles, Rickyleupnext delivers considered versatility and application of drill, rap and R&B as he flaunts equal strength on rap flows as he does with his ability to sing. 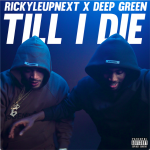