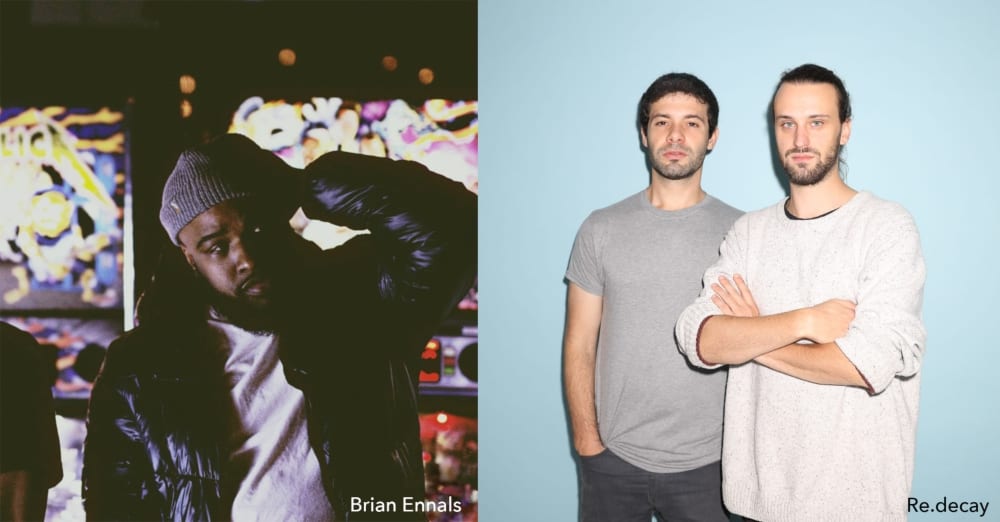 Rising production duo Re.decay have announced the release of their single, ‘Ghost (feat. Brian Ennals)’ on the 29th of May via SPRINGSTOFF. The premiered via bond, the single is lifted from their upcoming EP, Down Long Enough, which will be released on the 19th of June. The mastering engineer for the single was Mat Leffler-Schulman of Mobtown Studios (Ice Cube, Future Islands and Jon Baptiste). The music video for their previous single, ‘Sun In The Morning (feat. ADH, Mawcom X, Sedric Perry)’ premiered via Beats Per Minute and added to TRACE TV‘s playlist. Re.decay is the brainchild of Owen Ross and Emanuel Bender, each an established musician in his own right. Owen Ross performs as a solo artist (features include Huffington Post and Noisey Deutschland), and as a guitarist and musical director for a number of groups and artists. He has toured extensively, sharing bills with big names such as The Roots, Big Boi, Gym Class Heroes, OK Go!, Biz Markie and Afroman and currently works as a producer and songwriter with a wide range of up and coming artists. Emanuel Bender has an impressive list of production credits including notable artists such as Alle Farben, Dillistone, Moli, Fhat and others. He has also worked on several International TV ads (BMW, AUDI and TOYOTA), created music for feature films, and released several successful remixes, including for Awolnation and Monsters and Men. His work has received over 1.6 million plays across streaming platforms and reached Hype Machine #1 place multiple times. Brian Ennals is a rising star in the vibrant Baltimore hip hop scene. His captivating live performances and eclectic studio work as part of a collaborative Hip Hop duo called HNNY & ENEM have cemented his place as an artist to watch.

Both Ross and Bender are currently based in Berlin. While Bender was raised there, Ross hails from New York. Re.decay cite formative years spent in New York and Berlin as hugely influential in their creative development. Participating in such vast and diverse artistic communities was invaluable in expanding their perspectives and honing their crafts. The two bring a wide range of musical knowledge to the table. Ross’ mother is a former Opera singer and he cut his teeth as a guitarist in Bapist churches in Boston. Bender, on the other hand, studied Film-Music Composition at Jazz&Pop ArtEZ,  learned multiple Instruments including Violin, Piano, Guitar and Drums, and spent years independently studying music production and engineering.

Re.decay combine multiple genres and influences into a coherent and bold new production style. As producers, they have a deep respect for those who have come before them and note the direct influence of J Dilla, Apollo Brown, Prefuse 73, Madlib, DJ Premier and Pete Rock. Their musical vocabulary, however, traverses far and wide and they also consider Jimi Hendrix, A-Wa, The Staples Singers, Nina Simone and Oneohtrix Point Never as vital influences. Their own work brings to mind iconic collaborations in the likes of J Dilla & D’Angelo, The Gorillaz & Del The Funky Homosapien, and Dam Funk & Snoop Dog.

Speaking with a deep personal connection, Brian Ennals explores past hardships and the ‘Ghost’(s) that still haunt him. Using humour to alleviate the serious topics that are tackled in the song, Brian Ennals shares small aspects of his own life with measured syncopation. Re.decay pair the vocals with a rhythmic bass line that forms the backbone of the single, the occasional electronic deviation being subtle enough to enhance the single while keeping the lyrics as the main focus.

In describing ‘Ghost’, Re.decay tell us, ‘This track is a sonic crossover between the golden age of hip hop and the lyrical and production aesthetic of 2020. Working with Brian Ennals has been a creative joy for us. Owen has done a lot of work with artists from Baltimore over the years and Brian is one of the most talented and creative. His wordplay and delivery are truly unique and we’re confident the world will see a lot more from him in the near future.’

Brian Ennals further elaborates on the single, “My only goal when I wrote these particular verses was to sound like Ghostface did on Supreme Clientele. I’m sure I failed miserably, but even getting to 50% of Supreme Ghost is an achievement. I knew the majority people of listening to this record would be hearing me for the first time, so I wrote the verses to be sort of a thesis statement of me as an artist and my worldview, my concerns, my ambivalence, and my vices. As far as the hook, I just thought that melody was really fucking groovy so I gave it some words that hopefully make you feel like the world feels in this current moment.” 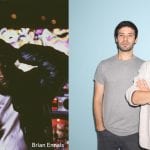