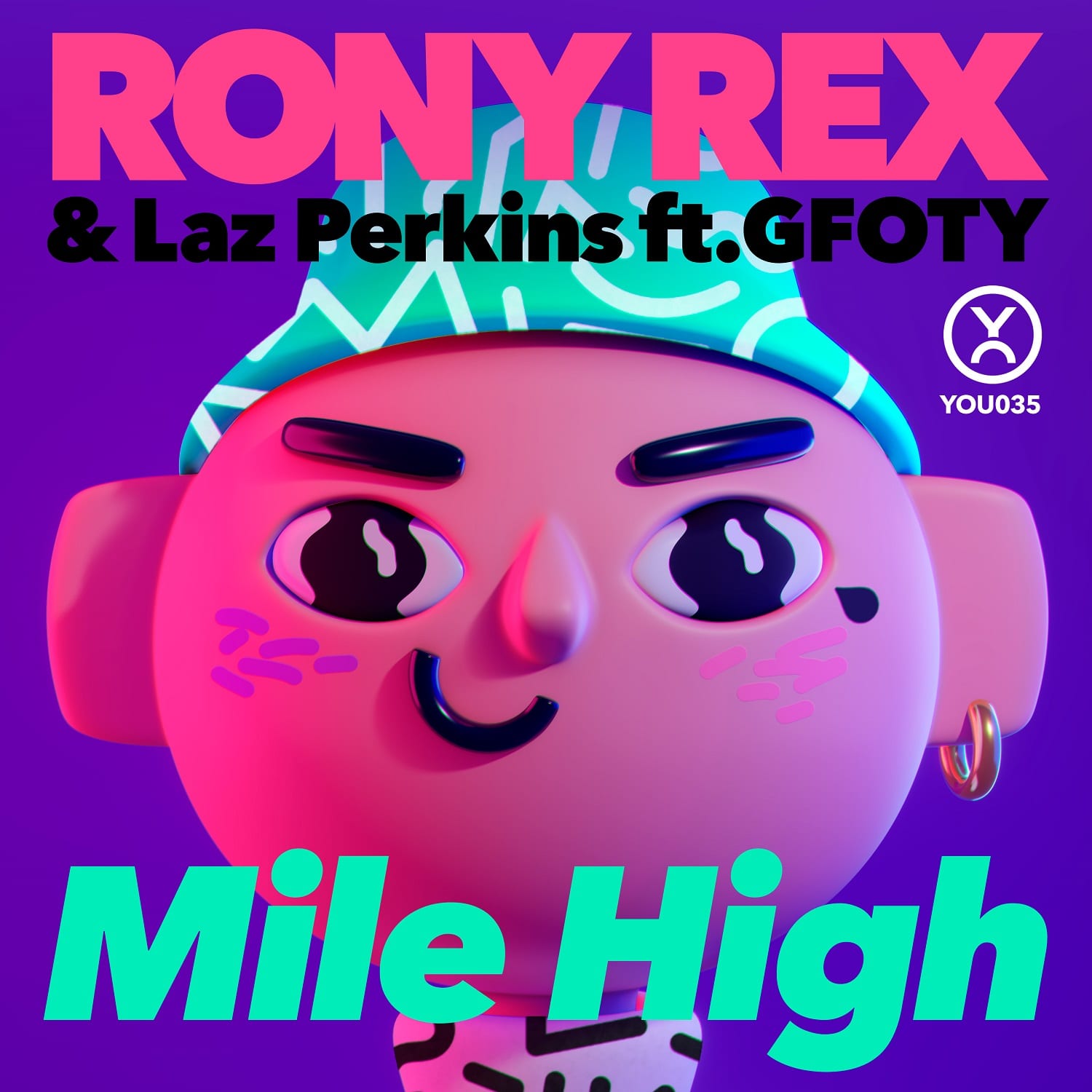 The irrepressible Rony Rex links with fellow Finnish superhot talent, Laz Perkins and the voice of PC Music, GFOTY (Girlfriend Of The Year) in explosive fashion on new single ‘Mile High‘ on his home label, Youth Control Records. Out now, the new single is the latest in a long line of hits from the Finnish maestro that landed him a first play from Diplo and a selection by Stella McCartney to soundtrack her catwalk. It’s classic Rony Rex; big, bold and incredibly catchy.

This trio are a force to be reckoned with. Rony Rex has come up the old school way by proving himself to be a vital DJ talent, hosting club nights in his native Helsinki before even producing a tune. Now established around the world as a selector with great musical knowledge, through his residency on Finland’s YleX Radio, as well as a dexterous DJ with skills that find him building real musical journeys at his Rony Rex & Friends nights, and through his DJ Academy Bootcamps, he is in a fine run of form.

He kicked off his signature brand of dance music with elements of house, glitch and breaks via Youth Control in 2017 with ‘Sticky Fingers’, then later on with ‘Milk It’ featuring Carla Monroe, which has been viewed over 5 million times on TikTok. More recently he appeared on ‘Celebrating Five Years Of Youth Control’ with the superb vocal cut, ‘Surge’, and together with Red Bull he continues his DJ live streams from unusual locations in Finland, including a military ship, a shark tank, and while airborne in a small aircraft.

Laz Perkins is a multi-talented producer and artist signed to Universal Music and a household name in Finland on radio, top charts on Spotify, as well as at major European events including Weekend Festival, Electric Carnival and RMJ, Finland’s largest midsummer festival.

British pop singer GFOTY has released music through the world-renowned PC Music outlet and also runs her own GIRLFRIEND RECORDS. Notorious for her paradoxical and outrageous personality, GFOTY brings sass and humour to this perfectly tuned collaboration. She said of her inspirations behind the lyrics:

“I’ve always been fascinated with pilots and why anyone would want to control a terrifying engine of doom for the rest of their lives. I’ve equally always had a love flying because it means I’m so far away from the people I hate, and I’m also a bit freaked out about anyone who would want to have sex in an airplane toilet. I’d love to marry a pilot one day because we wouldn’t have to hang out a lot and he’d have lots of money…”

The superb ‘Mile High’ has big auto-tuned vocals that are filled with future soul, and once the big and bouncy drums – and later the old school breakbeats – drop, the club is sure to go off in response. The whole thing brims with clean and fresh production, busy synth squiggles and deft little sci-fi motifs that make it a perfect club and festival anthem in the making. Extended and instrumental versions are also available.

Rony’s home label, Youth Control, is now five years old and in that time has established itself as one of Finland’s leading independent dance music labels. It is a real breeding ground for new talent, as well as a home to crucial names like Roisto, Smok and of course, Rony himself. Its fresh dance perspectives have led to a steady stream of big singles favoured by the likes of Armand Van Helden, Steve Aoki and Todd Edwards, and supported by BBC Radio 1, Billboard and Kiss FM.

Rony Rex has transcended genres once again here with a new single that is sure to prove his latest smash hit. 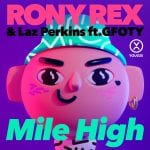