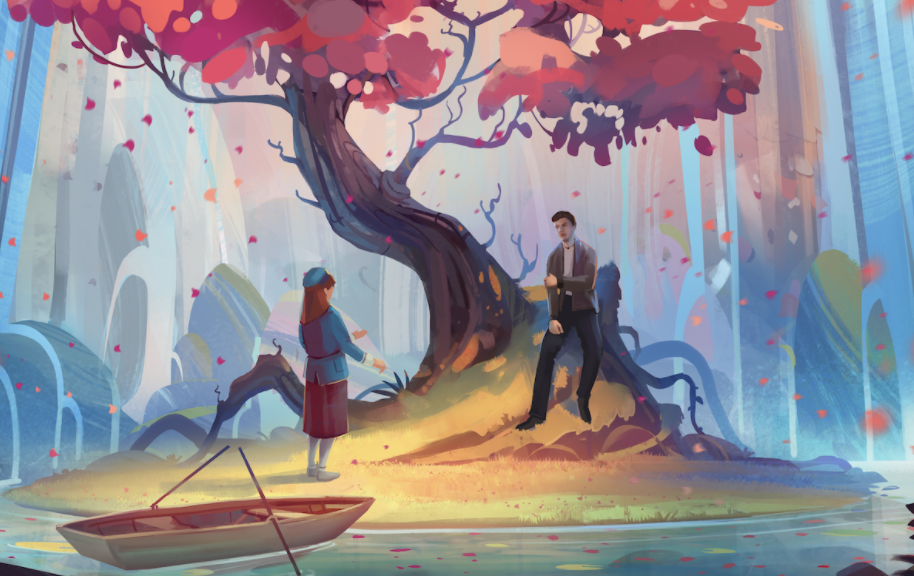 ‘Sakura Chill Beats’ returns to the release radar with yet another new remix from highly venerated French talent RetroVision. This time around, the DJ/producer follows up his previous rework of the peggies’ ‘Ashiato -Footprints-’ from the tail end of last month with a brand new reimagining of the critically acclaimed, hit anime series’ Masahiro no Oto’s ending theme, ‘Kono Yume Ga Sameru Made’ by Miliyah Kato and The Yoshida Brothers.

The new addition to SONY Music Japan’s recently-rebranded YouTube channel serves as its eighth episode, and directly follows Outr3ach’s remix of the anime’s opening theme, BURNOUT SYNDROMES’ ‘BLIZZARD’. It also follows up previous ones that saw Slushii, Corsak, James Landino, Tokyo Machine, and Half an Orange reimagine themes from My Hero Academia, Naruto, Boruto, and Beastars. Out now via SONY Music Japan, RetroVision’s remix of Miliyah Kato and The Yoshida Brothers‘ ‘Kono Yume Ga Sameru Made’ is available to listen to across all streaming platforms.

The new rework begins with the introduction of light instrumentation into its sonic space, quickly accompanied by a palpably raw rising tension. The buildup gets larger in scope with each passing second due to The Yoshida Brother’s highly impressive, vigorous playing of the shamisen, and is eventually released in full force via several hefty bass drops. The ancient, feudal Japan ambiance is audibly kept throughout its entirety, and is complemented by its newfound electro-house sensibilities courtesy of RetroVision. Miliyah Kato’s flowing vocal soars throughout the track, and serves as a perfect addition to its newly-instilled electronic dance music flair. In all, the latest offering to come out of the ‘Sakura Chill Beats’ YouTube is a prime addition to the channel, and once again highlights the French stalwart’s inimitably remarkable skills in the studio.

To go beyond the ‘Sakura Chill Beats’ YouTube, be sure to check out the channel’s weekly updated official Spotify playlist featuring curated selections from the remixer and original artists. This week, immerse yourself in sounds hand-selected by RetroVision himself.

ABOUT RETROVISION — RetroVision is a DJ/producer hailing from Aix-en-Provence, France. A highly venerated act, the world-renowned, trailblazing act has pioneered the genre of future house as of recent. Noteworthy career points include his 2016 masterpiece ‘Puzzle’ garnering over 30 millions streams to-date, as well as reaching the 61st position via 1001Tracklists’ 2018 producer charts. Since, he’s released via Don Diablo’s Hexagon imprint, in addition to Ultra Records and Tiësto’s Musical Freedom. His new remix directly follows ‘Whatever You Want’, released at the tail end of this April.

“When I got asked to remix another Japanese song, I immediately said YES, since the first remix hyped me so much. My Japanese fanbase is absolutely amazing and I wanted to do this as a gift to thank them for their continuous support through the years. I didn’t watch this anime yet, as I’m catching up on My Hero Academia at the moment, but I’m looking forward to watching it as well! Loved the ancient vibes in the original theme so I had to keep that for the breaks, and I added my electro touch on the drops to make it a bit more ‘explosive’.” – RetroVision

ABOUT MILIYAH KATO — Miliyah Kato is an established J-pop talent who has been actively releasing her take on the popular genre since 2004. Over the course of the last seventeen years, she has garnered a strong fanbase due to her relatable music and rich lyricism, and currently boasts over 426k monthly Spotify listeners. In 2010, the multifaceted singer/songwriter/author experienced a pivotal career point when she was awarded the ‘Vogue Japan Woman of the Year’, a highly impressive feat.

ABOUT THE YOSHIDA BROTHERS — The Yoshida Brothers are trailblazing pioneers in the world of shamisen players, having particularly championed the Tsugaru-jamisen style of the genre since 1999. Over time, the Hokkaido-natives honed their skills with the instrument, having learned at the young age of five. Emerging onto the scene with their debut album ‘Ibuki’, they would eventually release fifteen albums since, catapulting to fame in no time. 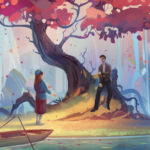