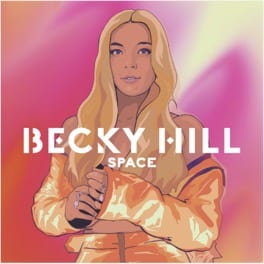 ‘Space’, which is written by Becky Hill and produced by Mark Ralph, Dave Whelan and Mike Di Scala is the third single to be lifted from Becky’s upcoming debut studio album release.

“Space is a very personal song that seems a million miles away for me now.”. Says Becky. “I’m proud of this song for many reasons. Actually, it’s the most honest I’ve ever been with myself, let alone the public. Produced by Mark Ralph, Dave Whelan and Mike Di Scala, with vocal production from Ryan Ashley, this song has felt like a step up and a step out for me as an artist. A dance floor ballad that tells a story, with an insight into my life and who I am as a person, it really gears up to what to expect for my debut album. The album will be full of personal insights from my life that aren’t necessarily for a dance floor, but more for how I listened to albums growing up, in my bedroom taking each song as if it were meant for me. And now I’ve done it! Written an album for myself that I hope other people can resonate with, just like I used to when growing up listening to other artists’ albums. I don’t think I’ll ever get another chance to spend that as long on an album again, so as a first flag plant in the ground, I’m very excited, proud and ready to release it into the world!”

Becky Hill’s ‘Space’ follows the release of ‘Heaven On My Mind’, (which saw Becky achieve her highest ever debut chart position and has garnered over 14 million streams to date), and ‘Better off Without You’ ft Shift K3Y, (which is Certified Gold after spending 5 weeks in the Top 20 of the UK Official Singles chart). The accompanying, performance led music video for ‘Space’ is directed by Carly Cussen (Little Mix, Krept & Konan, Sean Paul, Ed Sheeran).

Becky Hill’s debut studio album, out next March, will follow ‘Get To Know’, the 2019 released 13 track collection of singles she either released herself or wrote and guest performed on. ‘Get To Know’ was recently confirmed by Official Charts to be 2020’s 3rd most streamed album by a British female artist and among the top 5 most streamed albums by a British artist in the UK.

Due to ongoing restrictions and in the interest of public safety, Becky Hill’s Autumn/ Winter 2020 UK & Ireland tour has been rescheduled to Spring/ Summer 2021. Original tickets will remain valid for the rescheduled shows. Kicking off at Rock City, Nottingham on Tuesday 18th May and wrapping up at Olympia Theatre, Dublin on Sunday 20th June, Becky’s 18 date headline tour will now encompass three additional shows, (in Liverpool, Oxford and Lincoln). See below for details of all shows, including the three new additions.

With an irrefutable aptitude for writing chart smashing pop songs, Becky Hill is one of Britain’s most in-demand musical exports of the moment. She has 180 songs registered with ASCAP, and an impressive string of hits to her name having written and performed on nine singles which charted in the top 40 of the UK Official Singles Chart, (including two top 10 singles and one number 1). Described by Annie Mac as “one of the finest voices in pop music today” and Popjustice as “UK pop’s greatest secret weapon”, Becky has now garnered over 1.5 billion combined streams and 15 million+ monthly listeners on Spotify after being crowned the 2nd most-streamed British Female Artist on Spotify UK in 2019.

If you do not wish to receive any more emails like this one, please reply to this email with UNSUBSCRIBE in the subject header 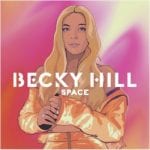