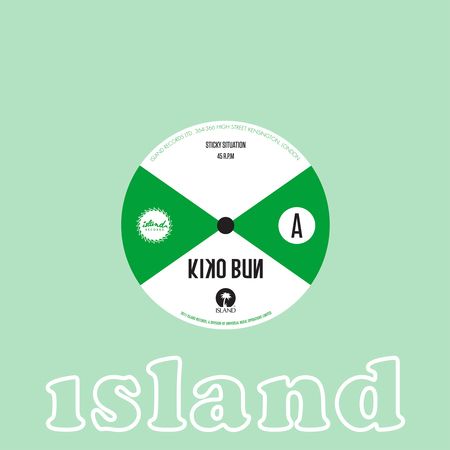 2015 saw infectious cuts ‘Where I’m From’ and ‘Alipanga’ introduce Kiko to the music world, with co-signs from reggae’s biggest authorities including David Rodigan and Sean Paul, going on to collaborations with key players of the scene such as Alborosie, General Degree, Dre Island, Ticklah (founding member of Sharon Jones & the Dap Kings) and bubbling British producer Cadenza.  His single ‘Sometimes’ received extensive support from Radio 1, 1Xtra and 6 Music as well as online, while his cover of Toots & The Maytals ‘54-46 (Was My Number)’ was selected by Shane Meadows for the soundtrack of Channel 4’s hugely successful This Is England 90 series. Live, the summer saw him winning over fans at key festival slots across the UK including Glastonbury, Bestival, Parklife, The Great Escape, Lovebox and Secret Garden Party, picking up an invitation to support the The Wailers on tour along the way.

In one respect, ‘Sticky Situation’ brings Kiko full circle to where it all started, being the track that got him first noticed and eventually signed. Inspired by the uniquely London lineage running from mods and skinheads to ska and punks’s love of dub, Kiko was performing the track at a friend’s club night in South London. Its joyous magnetism made itself known through that humble sound system in a Tooting venue as it does on the spirited and accomplished studio version which he self-produced, with its blend of reggae, soul, party hip-hop and ska, making for reinvigorated and distinctly contemporary roots music.

It all happens at a time which sees the global resurgence of reggae and dancehall as a vital force in pop music, from chart topping hits by Popcaan, Protoje, Chronixx, OMI and Major Lazer, to a bubbling crop of young artists such as Ady Suleiman and Winta James bringing their own interpretation to the form.

Kiko Bun may be singing of a ‘Sticky Situation’, but everything points to a bright future ahead for the young artist.