After serving up a ‘Toolroom Academy Track of The Week’ with ‘That’s Right’ on his own label Deep Tech Los Angeles Records, then following it up with a Beatport #1 Weekend Pick with ‘To My Beat’ in his Purple Tea debut, Redux Saints now completes a hat trick of house goodness with ‘Unhinged‘ on DTLA. This new single shows yet again why Redux Saints is a real man of the moment, a statement reinforced by the early tastemaker support from Mark Knight, Anja Schneider, Brotech, Piem, Nick Muir, Joyce Muniz, Mr Oz. and more.

2020 has truly been the year of Redux Saints who just five years ago was the first US graduate of the intensive Toolroom Academy Masterclass programme, and now, a fully established artist in his own right. The relentless innovator and assured studio talent has served up hit after hit with nine consecutive Beatport Top 100 releases, received a Beatport ‘On Our Radar’ accolade and high profile support from genuine global stars such as Chris Lake, Joseph Capriati, Claptone, and more. As well as multiple Spotify editorial playlist features, he has made big appearances on Stealth, Toolroom, LOW CEILING and Purple Tea alongside the Deep Tech Los Angeles label.

This fresh new single ‘Unhinged’ is a turbo charged house cut with big, bold drums and a powerful bassline. It’s the sort of track to up the energy levels and take a crowd to the next level with its flashes of acid and carefully deployed vocals. As the track builds and builds, the listener cannot help but get swept up in the vibe, desperate for the sweet release that eventually comes when the track kicks after a brilliantly tense breakdown at the midpoint. Once again here, Redux Saints has cooked up a perfect tech house storm.

The increasingly influential DTLA label has had a busy year too, kicking off a series of ‘Lockdown Sessions’ compilations to showcase fresh new talents from around the world such as CHESSER, Tone Troy and Kristone. Also making moves on the livestream front, DTLA has thrown monthly sessions from the loft HQ in Downtown LA with various guests joining in for much-loved three-hour mixes, packed with new and exclusive tracks and essentials from the back catalogue.

The end of 2020 may be in sight, but Redux Saints is not done yet. As well as this latest release, there is yet more planned for Hood Politics, Incorrect Records and a huge single for Toolroom in the works, so stay tuned for more from this modern day great.

Redux Saints ‘Unhinged’ is available to stream / buy via all platforms: https://hypeddit.com/link/g76237 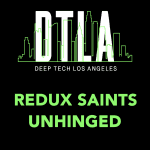 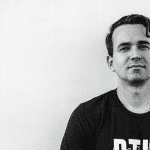