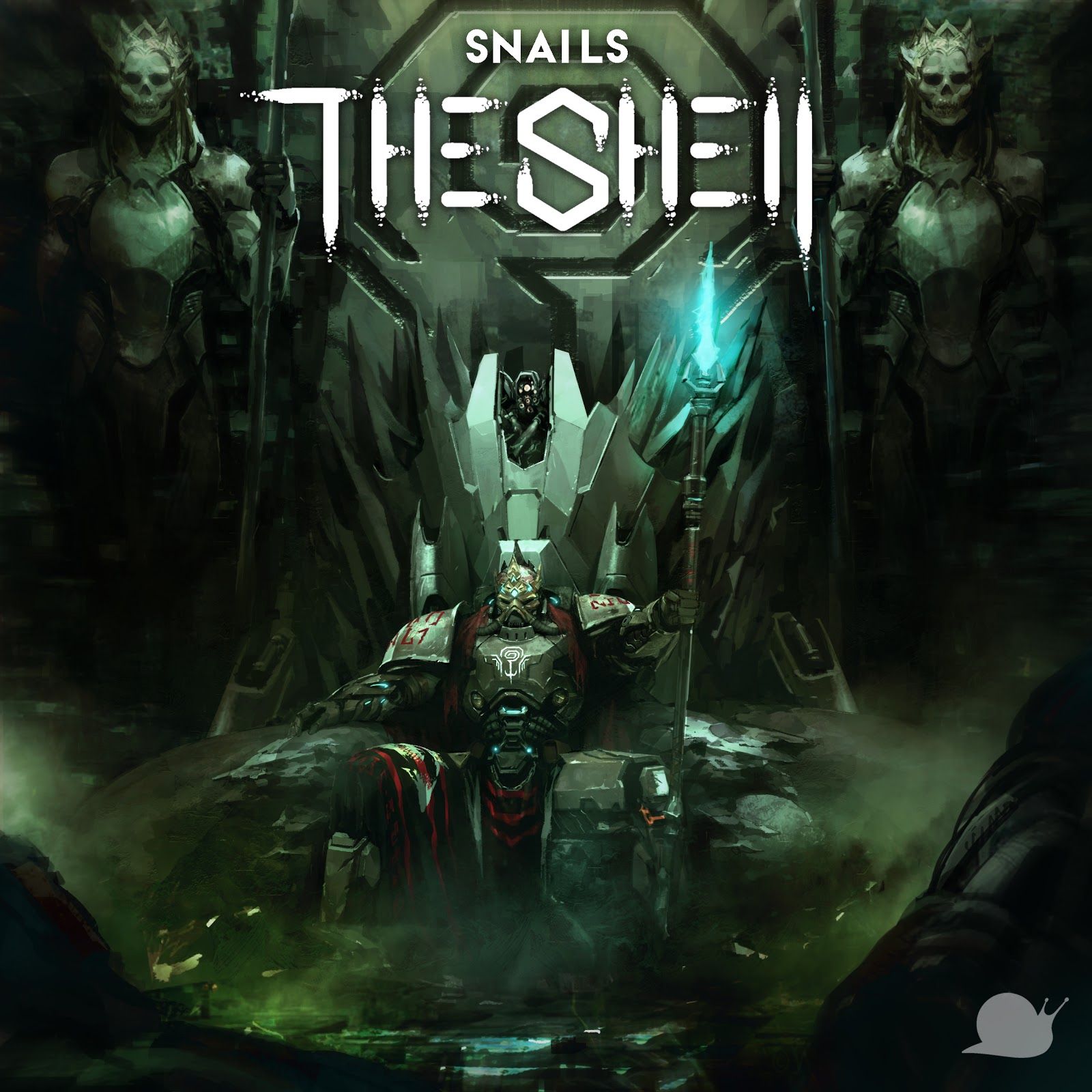 Notorious vomitstep creator Snails just dropped his debut artist album The Shell, right as Halloween is arriving. The Canadian bass artist displays his signature sound and prowess production across 12 infectious tracks. Packed with collaborations from the likes of Collie Buddz, Travis Richter from From First To Last, Liam Cormier from Cancer Bats, Big Gigantic, Waka Flocka, and much more, The Shell is set to be one heavy-hitting album.

The Shell serves up a slew of ultimate grimy goodness ready to rattle speakers anywhere and everywhere. Beginning with an eerie intro, the first track of the album “Smack Up” featuring UK trio Foreign Beggars is a neckbreaker ready to happen. “Feel The Vibe” alongside duo Big Gigantic is an electrifying banger infused with Bermuda raised Collie Buddz reggae finesse. "The Anthem,” which features Travis Richter from FFTL and Liam Cormier of Cancer Bats is a certified electronic metal anthem, which pairs nicely next to highly coveted metal remix of “King is Back” with Sullivan King, one of Snails most beloved tracks.

In addition to already released hit tracks including “Into The Light” accompanied by Sarah Hudson’s bold vocals and “Only Want You” with support from LA based NGHTMRE and another set of powerful vocals by Akylla, the collection is loaded with more head-banging tracks like “WFSU” collabed with hip-hop icon Waka Flocka, “To The Grave” with Island trap producer Hytyd featuring MAX, and an interlude to prepare you for another arsenal of aggressive new tracks.

The Shell album makes its debut only after Snails revealed the tracklisting on Twitter in his very own Sluggtopian language, leaving fans internationally scrambling to decode the tracks. After premiering the new album and custom designed stage at the sold out Sluggtopia festival at Red Rocks earlier in the month, the slughead is is set to embark on his massive ‘The Shell’ global tour, which has over 30 North American dates. Full list of dates below and tickets are onsale now at https://snailstour.lnk.to/shelltour.

Snails is also hosting a one day pop-up shop in Los Angeles on October 21st at 7662 Melrose Avenue. The Shell pop-up is free admission, all ages, and will be selling exclusive merch alongside meet and greets with Snails all day.