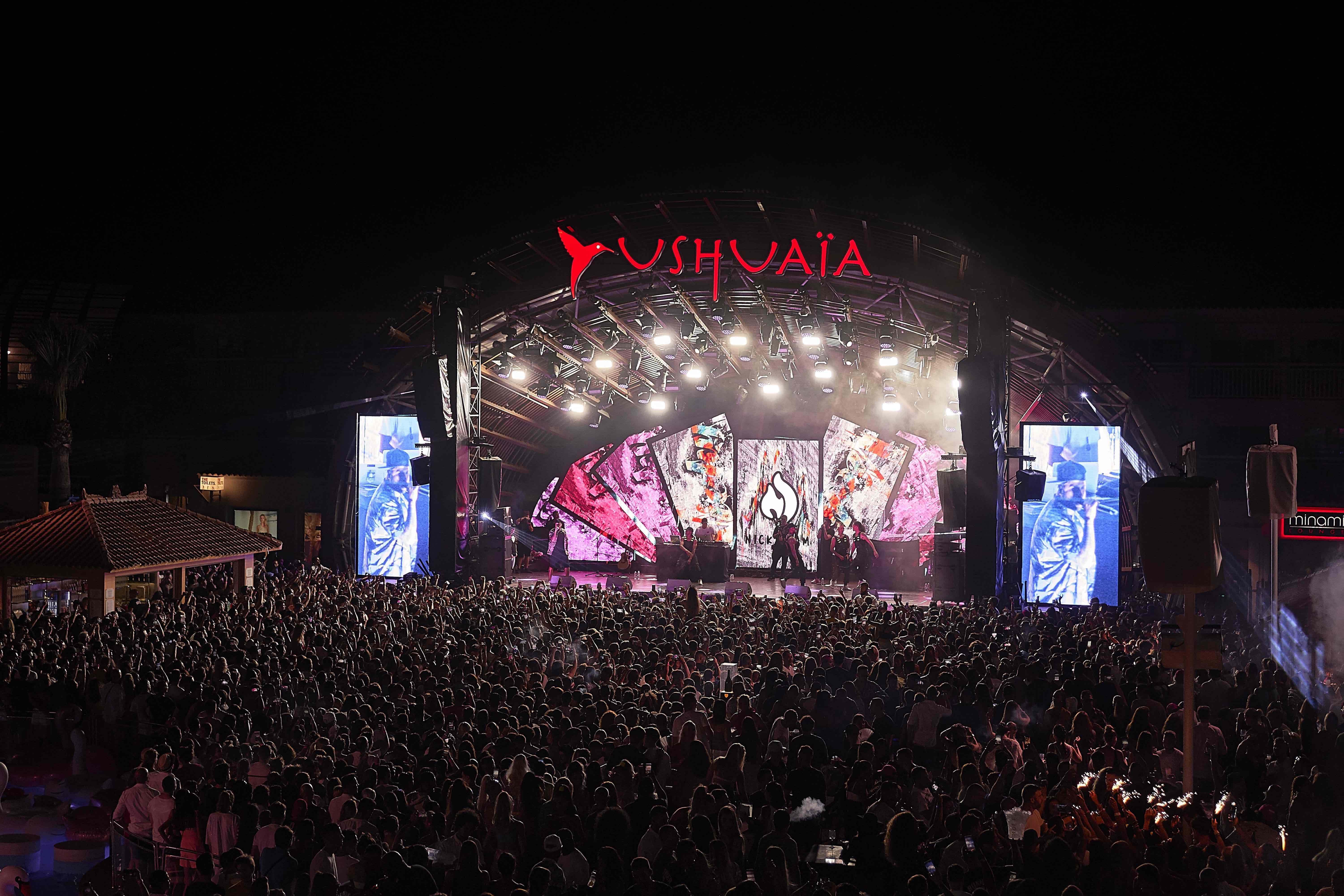 Ushuaïa Ibiza expanded it’s musical offering this season with the island’s first open-air Latin event. MUCHO IBIZA has brought some of the biggest Latin international artists to the poolside stage each week. With massive queues to enter on Sundays, the concept has proven to be a huge success to date amongst locals and tourists alike.

Ushuaïa Ibiza has hosted a continued streak of unforgettable performances since the opening in June, including one of the pioneers of reggaeton Daddy Yankee who is behind major hits such as Despacito, Con Calma and Gasolina, along with Latin Grammy Award nominee Nicky Jam, Becky G who boasts over 19 million fans on Instagram alone and returning weekly artist Ale Zuber.

Yesterday, Bad Bunny set the stage on fire while performing his greatest hits, such as MIA, Callaita and Caro. The radiant energy of the chart-topping artist packed in the entire audience with an outstanding live performance. Billion Hitz, Money Gang member Sfera Ebbasta completed the night.

MUCHO IBIZA will go on creating its legacy every Sunday until August 25th. The Night League, the team behind Ushuaïa Ibiza, have more up their sleeves with even more talent locked in for the remainder of the season. Ozuna who’s taken home two Billboard Music Awards and three Latin American Music Awards is set to perform at the open air club on July 21st and 28th. Latin trap sensation and Billboard’s 2019 New Artist of the Year Anuel will perform on August 4th and 11th. Finally, the unmissable Natti Natasha will return to the venue for two highly-anticipated events on August 18th and 25th.