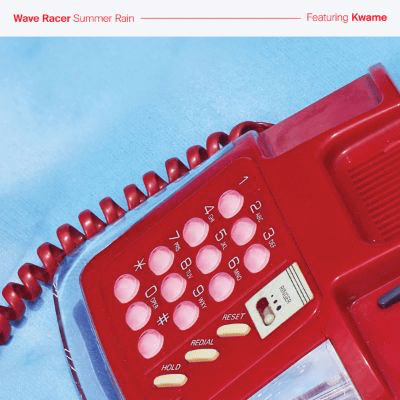 Featuring the hip-hop vocals of fellow Australian talent Kwame, ‘Summer Rain’ seeks to build on the ultra-textured maximalist sound that Wave Racer became known for prior to his hiatus.

“I am unspeakably lucky to be creating and releasing music again, and to be doing it with the very same team that has been with me since day one is such a privilege,” Wave Racer explains. “As managers, Astral People took me from my bedroom to global audiences, and have had the faith and fortitude to stick with me through each and every challenge that has presented itself over the last six years.”

Taking the US, Australia, and the world by storm, Wave Racer’s blend of pixelated funk zooms and enhances on trans-continental club sounds and gold-plated production standards and blows them straight out of the water. With the release of his 2015 Flash Drive EP, alongside breakout hit singles ‘Streamers’ and ‘Rock U’, his glistening aquatic remix treatment leant to everyone from Snakehips, Duke Dumont and Foster The People, touring with Disclosure and Chormeo, and featuring at festivals such HARD Summer, Ultra, Groovin The Moo and Coachella – you could be forgiven for forgetting that he had only been in the spotlight for three years.

Operated by Vichara Edirisinghe and Tom Huggett, Astral People has always been a forever evolving project run by a group of music lovers in Sydney. What started as an Artist Management company looking after the careers of artists such as Cosmos Midnight, Winston Surfshirt, Milan Ring and Basenji, has over time spread its wings into touring bringing out world class artists to Australia includingStormzy, Snakehips, Nao and Sampha, as well as into events, festivals and publishing – with each chapter approached with quality and control. So picking the correct time and partners to launch a label was paramount.

“Our vision for the label is just a pure reflection of our joint musical tastes as a company. Representing both local and international artists who we truly believe are the best in their fields at what they do. We’ve never been a company that’s been pigeonholed into a certain genre and we certainly won’t be with this label. However, what we can say is that the artists we choose to represent will be ones of the highest caliber and an exciting prospect in their respective genre or scene,” explains Edirisinghe, Huggett.

After an extended period out the game, ‘Summer Rain’ represents a new chapter in the story of one of electronic music’s most idiosyncratic artists. With more new music in the pipeline, it seems like Wave Racer will be staying around a little longer this time around.

To find out more about Astral People Recordings, go to:
Astralpeople.com