We chat with Julian Collet about ‘Strangers’ and music creation 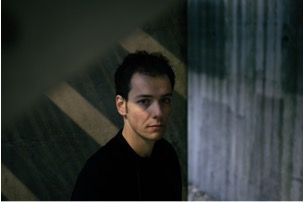 We chat with Julian Collet about ‘Strangers’ and music creation

Whatever comes out of old and new synthesizers, guitars and ethnical instruments lead Julian Collet towards what is possible. All of it creating a world for his unique music style to live in. A rising talent from the German electronic scene, Julian Collet drew much attention with his ‘Outta Time’ single. Now he’s back with a new standout release titled ‘Strangers. We catch up with the young star to hear more about this new single and his approach to his music.

You have a new single out titled ‘Strangers’, what was the inspiration behind this track?

Basically, the whole year of 2020 I was stuck in writer’s block with almost no output at all. Since I come from 4 to the floor music, that was always my go-to way, but I kind of struggled to get inspired from it. It took me some time though to have the (pretty obvious) idea to break this scheme and put the kick somewhere else then on quarter notes and inspiration started ﬂowing again like a water out of a broken dam.

Can you tell us about the creative process of writing the release?

As you might know, all the sounds I make are generated completely in the analogue domain. Be it with synthesizers or recorded sounds and instruments. And that’s basically my creative way during the production of a song. I take a synth or an instrument and just start playing. I go with the ﬂow and see where it takes me. Then at some point usually a melody for vocals starts popping into my head. It’s merely all based on the feeling I have in the moment. Sometimes it works and a full record comes out of it, sometimes it horribly fails, haha.

Why do you choose analogue over digital when producing music? And how does this impact your creativity?

The analogue gear has two main advantages for me. First, it’s physically there in front of me. I can use all my 10 ﬁngers to work it, sometimes even more than that. I can do more stuﬀ at a time than just with a mouse. The second thing is the limitations. I don’t have endless possibilities with a particular instrument. If I choose one, it takes me in a certain direction because of its sonic signature and design. This feels like I don’t begin with an entirely blank page and ideas start to come in faster.

In addition, the analogue gear has a life of its own. What all the components do is never 100% perfect, but that is what our ears and brains love. Because what is ever perfect?

What’s the one piece of gear in your studio that you couldn’t live without?

I’m a guitarist originally, but on the electronic side, the one piece of gear I’d take to a lonely island would be my Roland Juno 60. It’s super simple and straightforward but has get so much out of it. Deﬁnitely always with a distinct sonic footprint, but one that I’m in love with.

What is the biggest lesson that you’ve learned as an up-and-coming artist that you’d share with someone who wants to embark on their own career in music?

I tend to be very critical and a perfectionist when it comes to my own music. Which I think is generally a good thing. Sometimes it can be a downer though, especially if you’re doubting yourself and your music. If you listen to other artists at a similar point of their carrier and you think „Oh my God, they are so amazing, how did they do this or that, that sounds so much better than my stuﬀ“. When you get to this point give this a thought: They probably think the same when listening to YOUR music. Everyone is struggling occasionally. Does your track make you feel something? Is this you you can hear? Then probably someone else will feel something, too, and that’s the most important thing a_er all.

How has growing up in Germany’s music scene inﬂuenced your work as an artist?

I originally got into producing with progressive house, so my focus wasn’t on Germany, really. More on the Netherlands, UK and Sweden. Then the US came on board and the scene slowly arrived in Germany. It’s constantly changing end evolving here, from Munich (the city where I live) being one of Europe’s music capitals in the 70s, to HipHop growing in Hamburg, to Berlin getting more and more famous for music, especially the electronic side of it. When it comes to making a living, Germany is very old-fashioned. So in the public eye, musicians and artists are sometimes not seen as the hard-working people they are. I wish the German music scene would be more supportive and musicians would help each other more, move things, make a change. It can be quite competitive here.

Who were some of your early music inﬂuences?

I started playing the guitar when I was six, getting into jazz and rock like Deep Purple, Led Zeppelin, Herbie Hancock etc. I think that gave me a certain way of listening and perceiving music. My mind is constantly doing musical stuﬀ because it got into it so early. When I was 15 I listened to a record of Fedde Le Grand called “Get This Feeling“. I was blown away, shocked almost. I instantly knew I want to do this, too.

Looking ahead, where do you hope to see your music career in 5 years?

Over the past two years, only a fraction of other people have been in my musical life than before. No events, no concerts, way fewer sessions (especially during the beginning of the pandemic). I hope this changes again. I deﬁnitely want to go live again. Being able do a proper tour would be amazing.

Taking all the love and good vibes I received through my latest releases and make new material out of it plus trying to take my career to where I hope to see it in 5 years, haha. Which means playing concerts.

Finally, where can we listen to your new single ‚Strangers’?

The usual suspects: Spotify, Tidal, Apple Music, etc. And on YouTube, you can watch an awesome stop motion music video made for the song by Ukrainian Video Animation Artist Alex Darovskey.

Thank you! Was a great pleasure to answer these questions! Would love to do this anytime again. All the best, 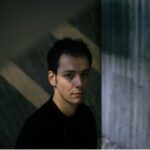