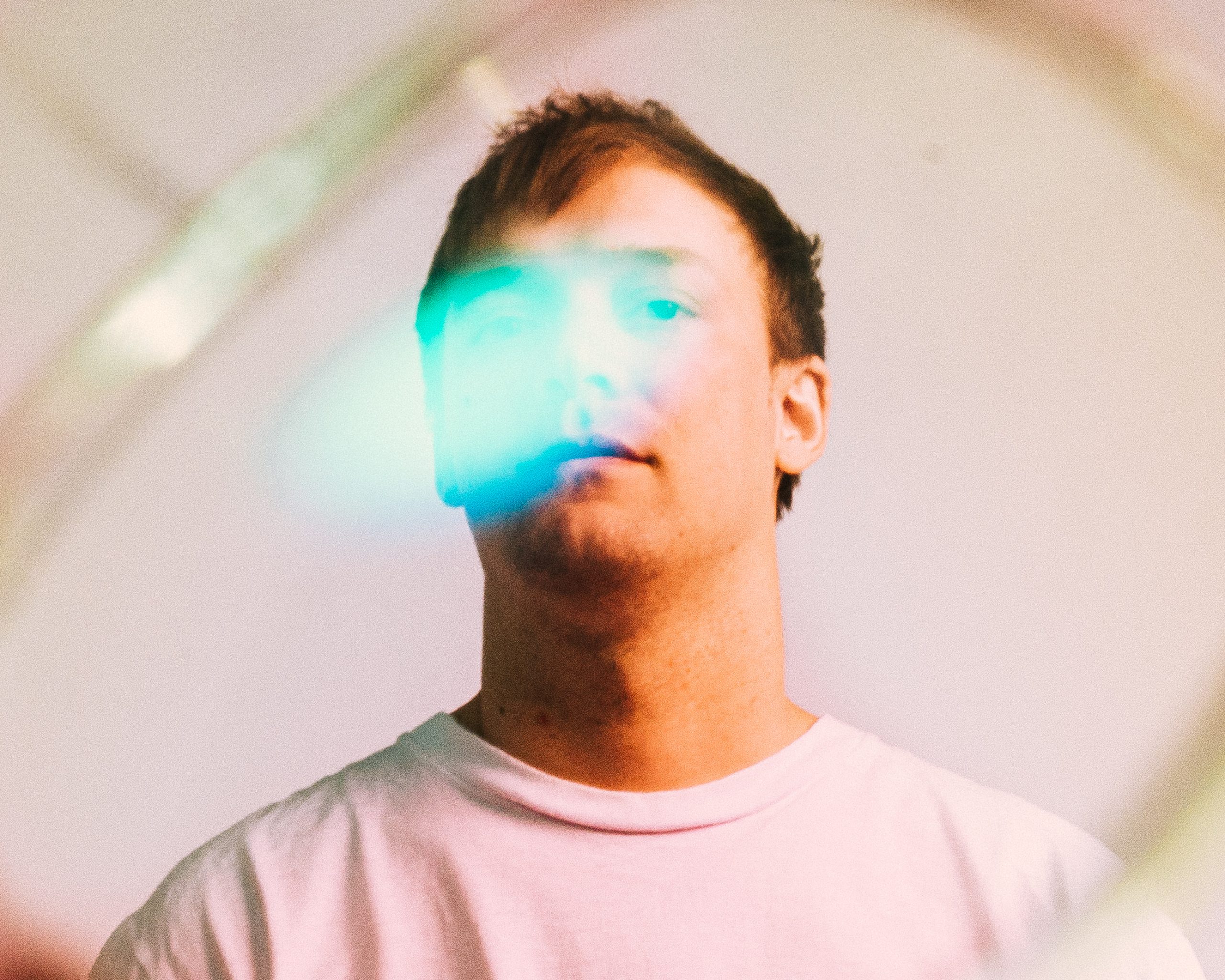 Paraleven seemed to have come out of nowhere when his name first appeared on a global scale; he went from what seemed like a place of anonymity to suddenly becoming the apple of Lane 8’s eye, signing several releases to This Never Happened and serving as direct support for the label’s eponymous tour. Upon hearing his work, however, it became clear why he received such positive support from one of the industry’s prime tastemakers. The producer’s output is a tapestry of progressive influence, peppered with hints of experimentalism and neoclassical—all of which come together in a seamless embrace. Add in a mission to promote healing through sounds, as seen in his well-received ‘Retrograde’ mixtape series, and we’re given an act with clear potential to strike it big.

It thus comes as no surprise that Praleven has earned high praise of another top player: RÜFÜS DU SOL. His first release with their Rose Avenue imprint, “Lucid,” has just been released and takes listeners on a journey through lilting harmonies, polished textures, and delicate synthwork. Vocalist Nathan Ball only heightens the emotive aspect of the single, further aligning the sound with that of the label it’s signed on. We’re excited to see where this new journey with Rose Avenue will take the artist in the future.

In the meantime, we nabbed Paraleven for a chat ahead of his label debut to hear more about his personal philosophy, creative process, and spirituality. Read on for an engaging conversation.

You’re a big believer in music serving as a therapeutic agent. Can you dive more into the ways that people can heal through music, and some of the science you’ve encountered around this?

Music is therapeutic in itself. For me, it is an escape – with all the noise in the world, having music to listen to can instantly change my mood and focus my thoughts on a single thing. It is one of the few things that universally brings people together. In regards to healing, there is a lot of research out there showing how different frequencies possess various healing properties. Cymatics will show you that by tuning all music down to 432hz from 440hz will actually drastically alter the way frequencies interact with our environment – in a harmonious way.

How did the idea come about to create your ‘Retrograde’ mixtape series? Do you have any plans of something similar in the pipeline?

I remember feeling a bit off in the studio during Mercury Retrograde and thinking about what exactly I could listen to in order to get me out of that “funk”. I actually decided to tune some of the music I had to 432hz and listen – and it just made me feel a bit lighter. I thought maybe I could do the same for an entire mix to allow others to ease their mind. The Retrograde series may have some bigger things coming down the road…

Tell us more about your single “Lucid” – does this tie into your greater philosophy of healing through music? What was the inspiration behind the single and emotions you seek to convey through it?

Lucid is a song I worked on with Nathan Ball that really came together in stages. I wanted to create something dreamy – and with something that began as a basic late night vibe track – turned into a more atmospheric piece. All my music is intended to provide the listener with a specific emotion. With healing – I intend to eventually release different tunings of my music in the future.

It’s a very textured release. Can you take us through some of the unique tech aspects that went into it? And when did Nathan Ball come into the picture as a final part of the piece?

Believe it or not, I actually ended up purchasing some very high end headphones (Focal Clears) with an amp just so I could spatially hear where I wanted things to be in this song. There are a lot of layers and I really wanted to make sure that it wasn’t too convoluted while maintaining its fluent complexity. The song morphed even after Nathan Ball recorded the vocals. His vision for the song led me to add on what ended up being the main synth to the track.

You already had a huge co-sign in Lane 8, and now you’ve got a new fan of yours in RÜFÜS DU SOL. How did your paths initially cross?

Honestly my manager Parker had crossed paths with their team not too long before. They had supported some of my releases in their Burning Man set and Beatport ReConnect livestream. I figured I would send them some of my new work to see if they would be interested. It has been a humbling experience to receive praise from both Lane 8 and RÜFÜS.

Tell us more about who Paraleven is behind the music. What’s the broader story of your musical journey? How have you ended up at the melodic/progressive sound you make today?

I have been making music in some form since I was 15. Deep down – my tendencies have always been geared towards making more melodic/progressive sounds and organically has led me to where I am. I spent the better half of my 20’s learning about the music industry, meeting people, playing shows, and just growing with the styles/genres over the years. As you get older – you go from listening to more party dance music – to more eclectic/artistic stuff. For me – that was true for producing as well.

We’ve also heard that you’re a bit of a spiritual person as well. What are some big epiphanies you’ve had in this arena, and how have you adjusted the direction of your life since to synch up with this new outlook you have on the world?

Being spiritual is something that has helped me grow as an individual. I have learned how to be happy – and being happy has helped me focus on my aspirations. I do think that being more present has helped me in most facets of my life. If you dwell too much on the past or worry too much about the future – it will be difficult for anyone to find peace. Having figured this out at a younger age has been very beneficial to me as a person – and as an artist as well.

What’s a lesson about life you’ve learned over time that you think would benefit others if they knew this “secret?”

You create your own reality. It’s that simple.

While religion isn’t so much a hit among Millennials like yourself and Gen Z, there’s been a huge dabbling into spiritualism in general of late. Why do you think people are more drawn to this more generalized form of spiritualism vs a specific religion, and do you think it can lead to a collective shift toward more connectedness in the future?

I don’t think it is necessarily what people believe that will drive global connectedness. I think the more people learn how intertwined our reality is – the blending of both science and spiritual discoveries will lead to a better understanding of “how to be”. I can’t speak for why others would be drawn to or away from differing beliefs. I think the most important thing is what works for you – and how that plays into arriving at inner peace. At the end of the day – that is all that matters.

This New Age wave can also be contentious, however; for example, privileged tourists impacting the environment and decimating natural resources (like the Ayahuasca plant) in their travels to other countries just to have a “shamanic trip”, and others taking bits and pieces that they like out of Native American religion and applying it incorrectly into their own practice. This can often be viewed as cultural appropriation. What are your tips for adapting these ancient practices in a more knowledgeable and respectful light? Are there other ways people can create similar rituals without harming others?

I am not one to cast labels really. I also do not get offended. If someone does something that does not resonate with me I find a solution beyond it or step away from that person/situation without it negatively affecting my experience. In the end, only three things matter – how much you loved, how gently you lived, and how gracefully you let go of the things not meant for you. It is impossible to remove negativity from your life – but your reaction/consumption/rejection of that energy is what defines you.

Another huge part of the Paraleven ethos is bringing joy through music. What are a couple memories where you’ve been able to see this manifested?

I never really had the chance to speak to anyone directly about my music until I was on tour with Lane 8 last year. Meeting people before and after shows was surreal for me. It was the first true interaction I had with people who had listened to my music and described what it meant to them. I am glad that I have been able to spread joy through music. It is a great feeling.

Finally, what else is in the Paraleven world to come?

The Paraleven team has a good bit in the pipeline. However – we are going to keep most of those things close to the chest until the time is right 😉 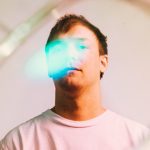