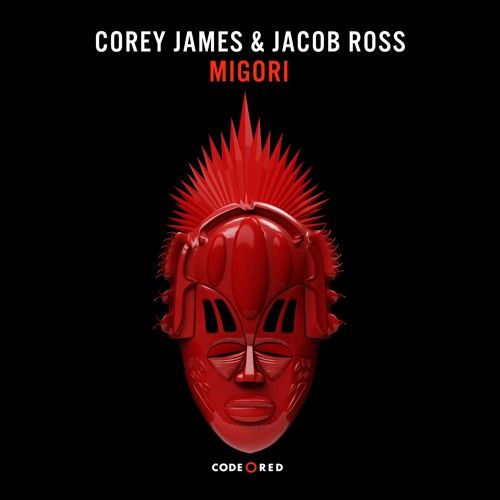 Corey James and Jacob Ross have been a part of the Code Red family since the launch of the label and its community. Their track ‘Migori’, which is to be released on the 23rd of November was also one of the first tracks signed on Code Red. Their collaboration is furthermore the most international track released on Code Red to date; Corey James originates from the UK, whilst Jacob Ross is an Australian currently residing in Spain. The distance between them wasn’t an issue though, because they conjured ‘Migori’ completely over the internet.

Corey James really doesn’t need an introduction anymore; releases upon prestigious labels including Size, Protocol and Sosumi have cemented his reputation as an upcoming star during 2015 alone. The same goes for Jacob Ross, who also released a massive track on Patric La Funk’s label too. With the two top talents joining forces, ‘Migori’ hits harder than what you might expect from Code Red, but then again, the label doesn’t limit itself to one genre, sound or style.

‘Migori’ exudes a powerful presence yet still oozes groovy vibes that will set any dance floor on fire. Armed with subtle piano work, building violins, big synths and a heavy kick, ‘Migori’ is an absolute banger. Even during its demo phase the track rocked many dance floors including causing heavy damage during the Amsterdam Dance Event. Are you ready the tenth Code Red release? The label are proud to present ‘Migori’, a tune that once again proves the diversity of Code Red and that groovy and hard is a fine combination together.